Let’s go on a Mpumalanga ADVENTURE

A Focus on Barberton and Pilgrims Rest

Take a Historical Journey through Middelburg

The English Fort and Armoury: Remnants of the Anglo-Boer War (ABW), 1899-1902, if you are interested in ABW history then the English Fort is definitely worth inspecting. Whilst the walls are now crumbled, you can still get a good idea of its great positioning by looking through one of the last remaining peep-holes. With 270 degree views of the surrounding land, it is understandable how this Fort stood strong against Boer attacks. Unlike the Fort, whose prominent positioning makes it hard to miss, you have to really know where you are going if you are to find the armoury. Hidden in a thicket, built against a sheer rock face, its carefully concealed positioning was key to ensuring the ammunition it housed remained safe. 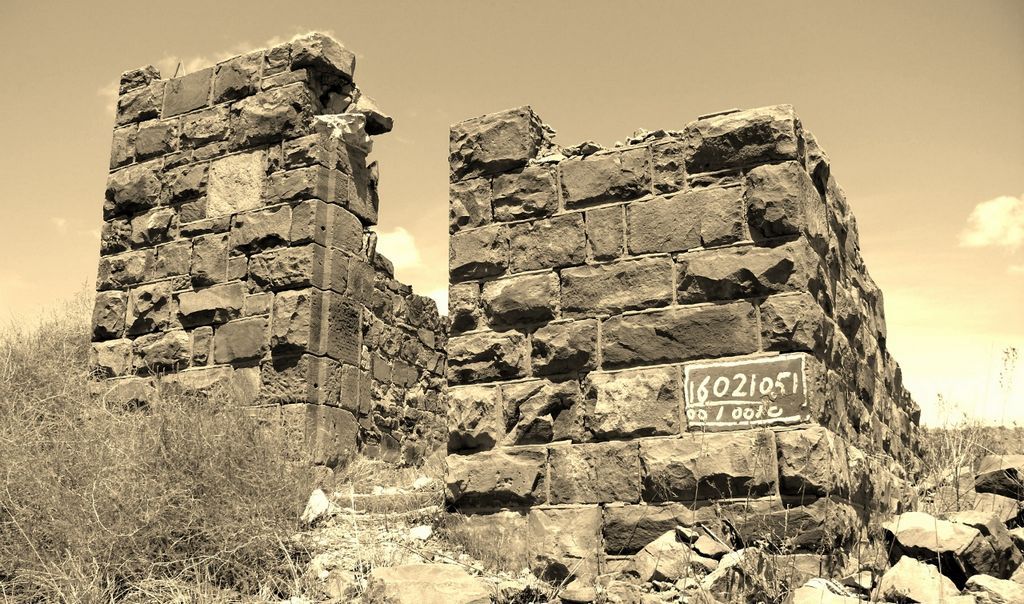 Middelburg Cemetery: Whether it is ABW, World War or Apartheid history you are interested in the Middelburg cemetery is certainly worth a visit. The first thing that jumps out is the segregation of graves, with English, Afrikaans and Jewish on one side and Hindu, Muslim, Black and Coloured on the other. Each is separated further, with English graves separate to Afrikaans, soldiers graves separate to civilians and religious separation to allow distinct burial customs to be acknowledged.  Only in the section where ‘Heroes’ are buried does this segregation not apply. Amongst the graves are Australian war heroes, South Africa folk song composers, victims of the ABW and many unmarked graves that we can only guess the stories of. It is a sombre yet thought provoking stop on this interesting tour.

The 1st Courthouse and Prison: Now home to the endearing Tannie Bossie, Middelburg’s first Courthouse holds a surprising revelation. The first Prison was not adjoining the Courthouse, it was under it! Three trap doors allowed prisoners to be lowered into a maze of adjoining crawl spaces. Not big enough for a man to stand or even sit comfortably. This dungeon is not recommended for those fearful of enclosed spaces, but again it sheds an interesting light on the life of convicts and the treatment of fellow human beings in the Town’s early days. 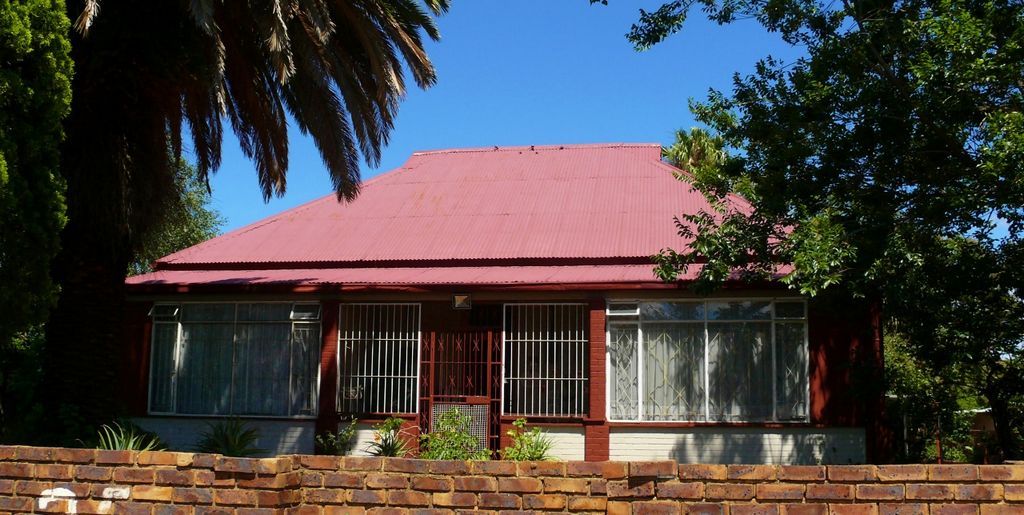 Trichardt House: For anyone interested in ABW history this is a must, the house where Louis Trichardt famously signed the ABW Peace Treaty. Whilst somewhat nondescript from the outside this beautifully maintained house holds great historical significance for what went on inside its four walls over a hundred years ago that cements its place in South African history. 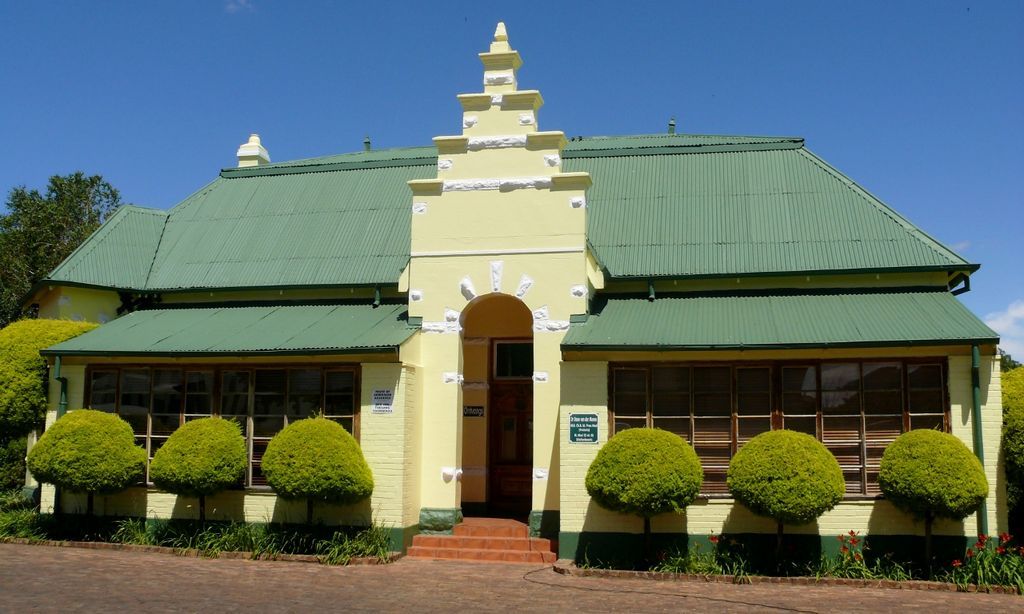 The White Church: A truly iconic landmark of Middelburg. The picture perfect White Church is the oldest in the town and has been drawing people to Middelburg since the town began. The impressive church organ is a port of call on Middelburg’s spooky ghost tour and is claimed to be heard each year at midnight on the 18th of December! Whether you believe in ghosts or not, the church is definitely worth a visit as few are as beautiful or symbolic of a town. 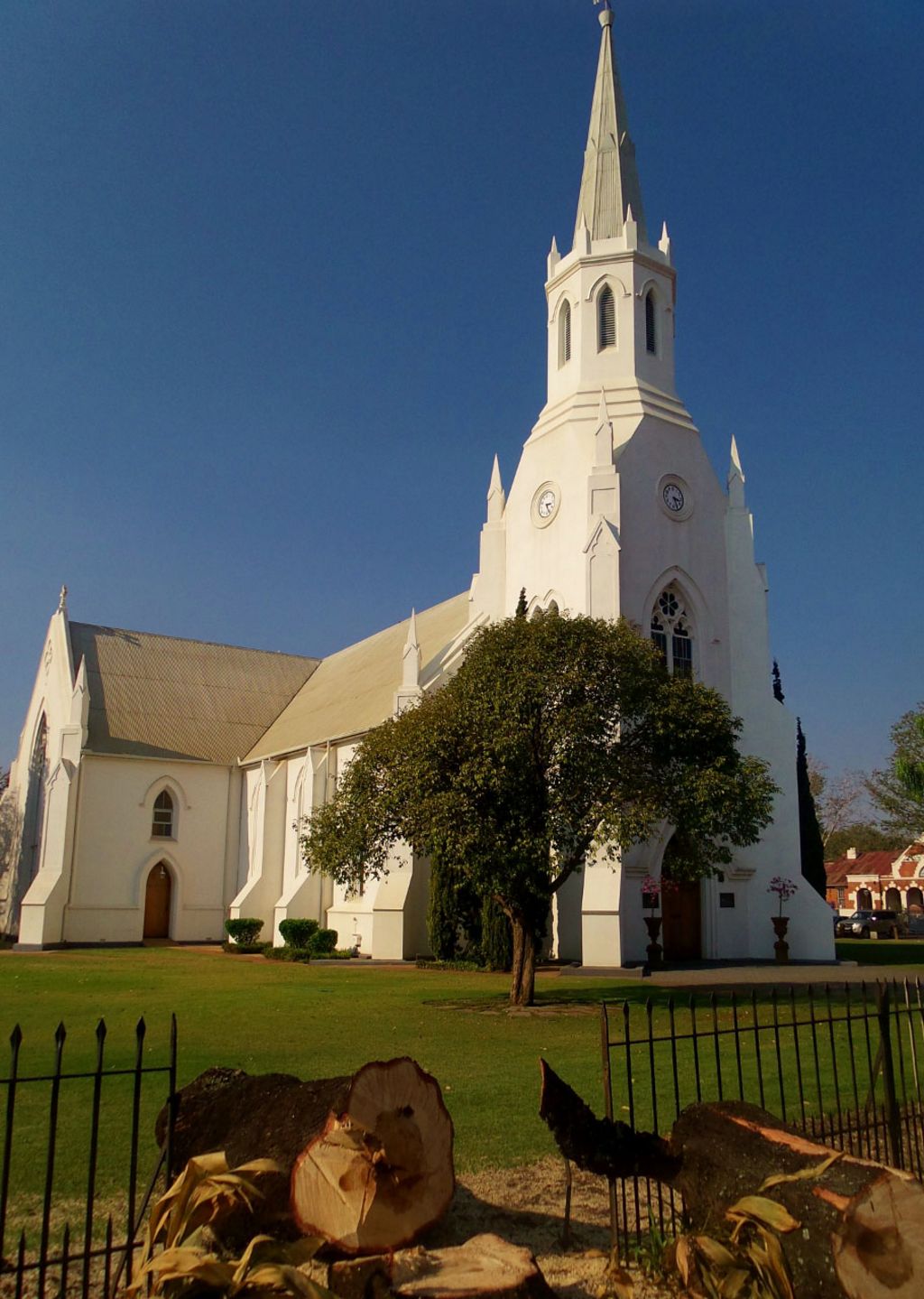 The Jewish Synagogue: Although the synagogue is no longer a religious building but now home to ‘Happy Nappy’ it is still worth stopping by and checking out the flagstone. A reminder of the town’s once strong Jewish presence, it is symbolic of the towns darker past when intolerance saw its Jewish residents pushed out. The Synagogue is now a monument to these families who left an indelible mark on the town including the English School, the Blood Service, Kanhym Estate and Nando’s! 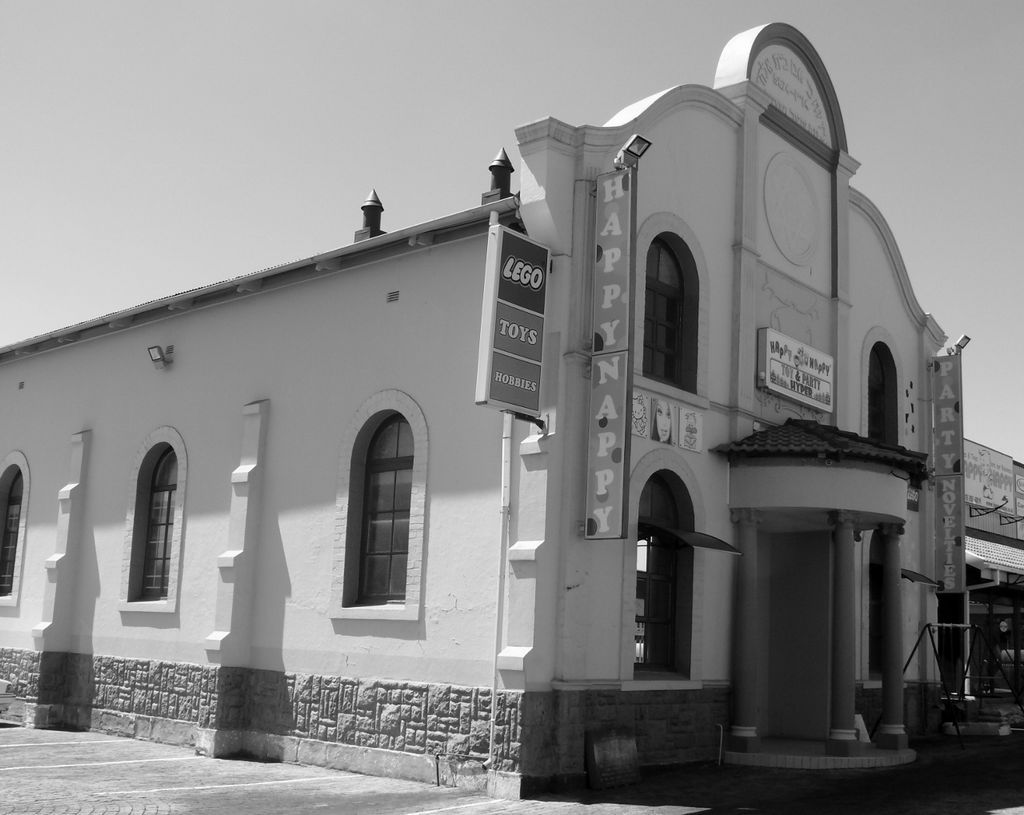 The Oaks Shopping Centre: The shopping centre might not look like much, it was built on a site of important cultural history. It once belonged to Jacob Maree, father of Sarie Marais who was the inspiration for the famous Afrikaans folk song ‘Sarie Marais’. Jacob Maree, himself, was in fact the inspiration of the Afrikaans rewrite of ‘Frere Jacques’, ‘Vader Jakob’. Both written by Jacob Maree‘s son-in-law who is also buried in the Middelburg Cemetery.  Within the shopping centre is also the very first Middelburg Nando’s which happens to be built on the exact spot where Robert Brozin co-founder and CEO of the global chain Nando’s grew up. 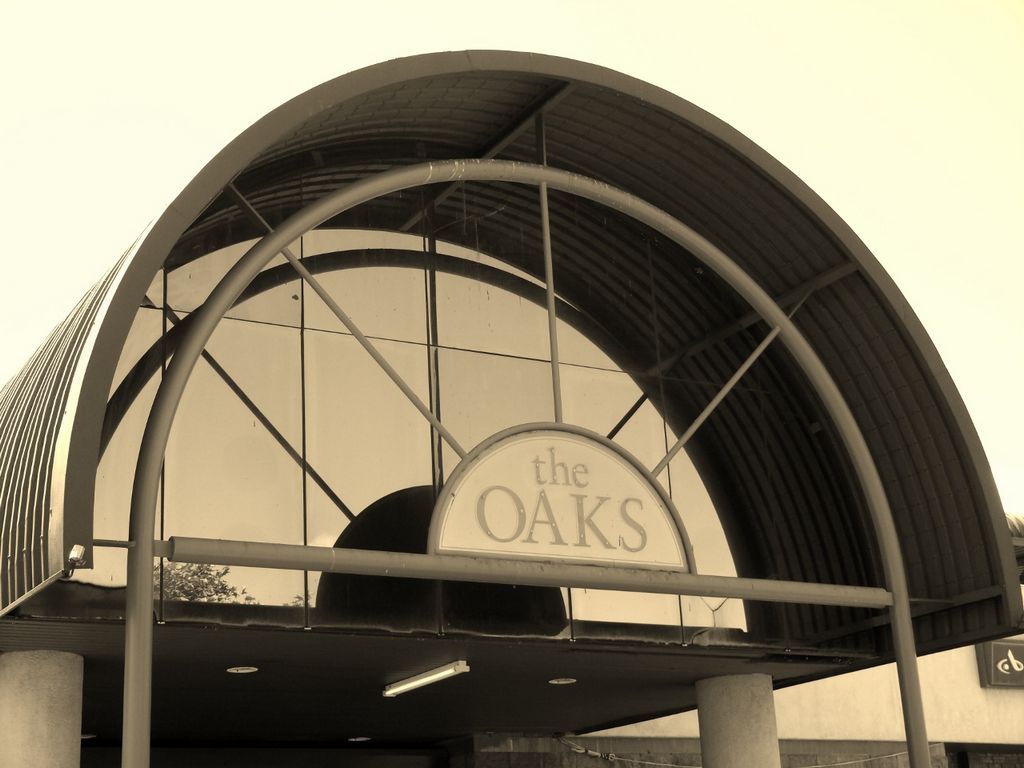 The Middelburg Station Building: One of the towns few Heritage sites, this is a ‘must see’ for anyone interested in South African History. An interesting fact is the station was built using the same building plans as Middelburg Station in the Netherlands, a symbol of trans-global unity going further than just a place name!

The Middelburg Observer and Frewin Printers: The town’s oldest newspaper the Middelburg Observer was first known as the Herald and came into existence in 1903. The owner and the Observer’s first editor Oscar Henry Frewin is widely considered to be the man who did the most for community newspapers in South Africa. Three generations of Frewin have since owned the paper before selling it to the Caxton Empire. 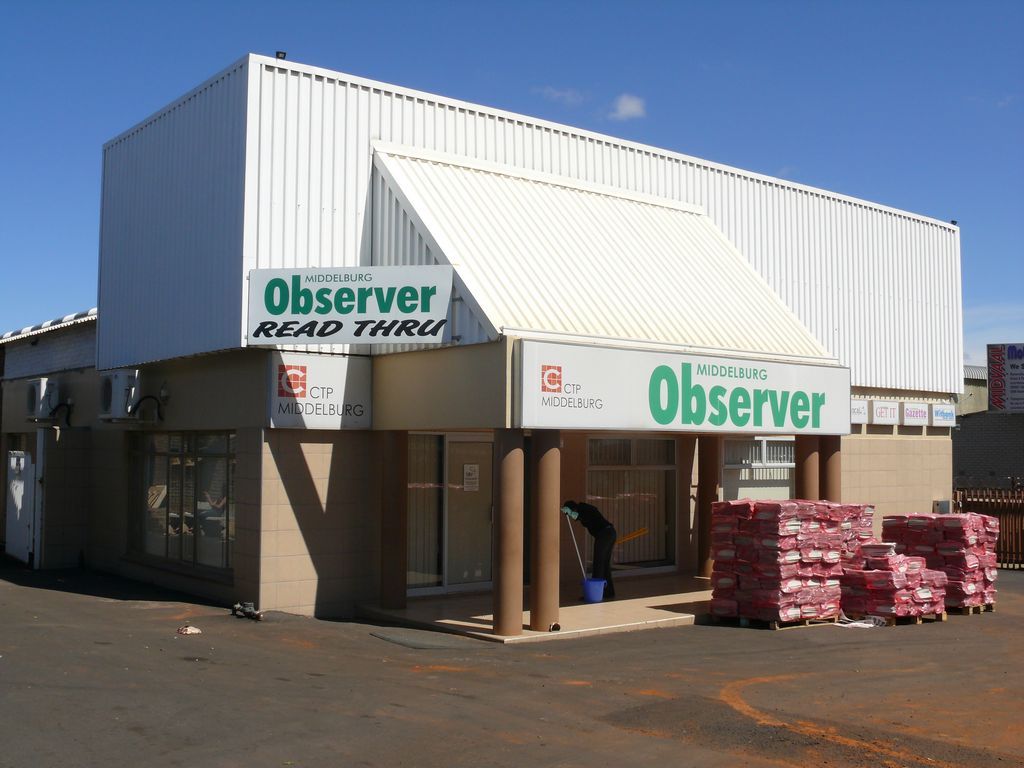 Meijers Bridge: One of the three historical bridges to be found in Middelburg, this bridge is perhaps more famous than the other two thanks to the fight over the spelling of its name. The Meijers, Meyers, debate still rages on. With the bridge and street having different spellings! Certainly worth a trip for anyone interested in South African architecture and historical bridges.

This blog is only a taster of what the fabulous tour guide Corine de Jonge will only be too happy to show you. So give yourself a day, make sure you book in advance and ask for Corine at the Middelburg Information Office and then enjoy the trip. As Corine takes you back in history and explains the full ins and outs of Middelburg’s fascinating past! 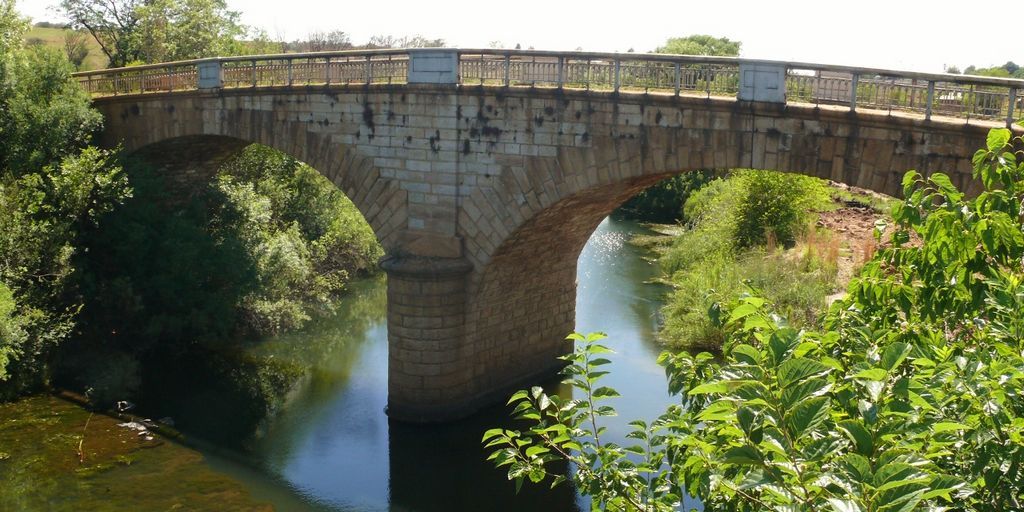