A Leap into the Gorge

Pharmacists during the week, extreme sport enthusiasts at weekends, Iaan and Jan have guided many terrified want-to-be abseilers down the 50m drop at Buffalo Gorge, between Middelburg and Loskop Dam. “Just remember, this is the worst bit” Iaan said for what must have been the 5th time, hoping to coax me off top where my feet felt like they had grown roots and were now impossible to budge. With one last look at Jan, I slowly started levering myself backwards, remembering the words of Ryk the owner of Buffalo Gorge Adventure site, “just imagine you’re on the toilet and someone is trying to get in so you have your feet jammed on the door – that’s the abseiling position you need to achieve. Don’t worry! I know you will get it!” 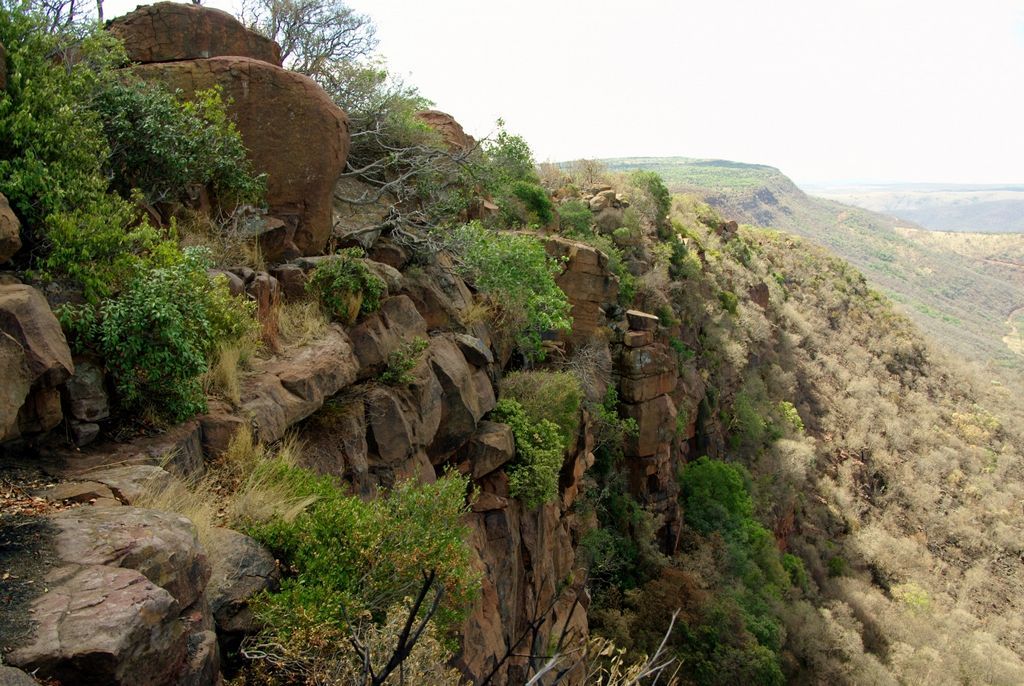 Slowly, inch by inch, my bottom lowered passed my feet and my view back over the escarpment top was replaced by beautifully mottled rock. “It’s 50m, just 50m”, I kept telling myself, “just two lengths of the swimming pool”. Only it looked a lot further, as we were only abseiling part of the escarpment face. So when I had reached the top twenty minutes before I was confronted with the most awe-inspiring and terrifying view. As the escarpment just stops, leaving a colossal drop to the gorge floor below that was a lot further than 50m. 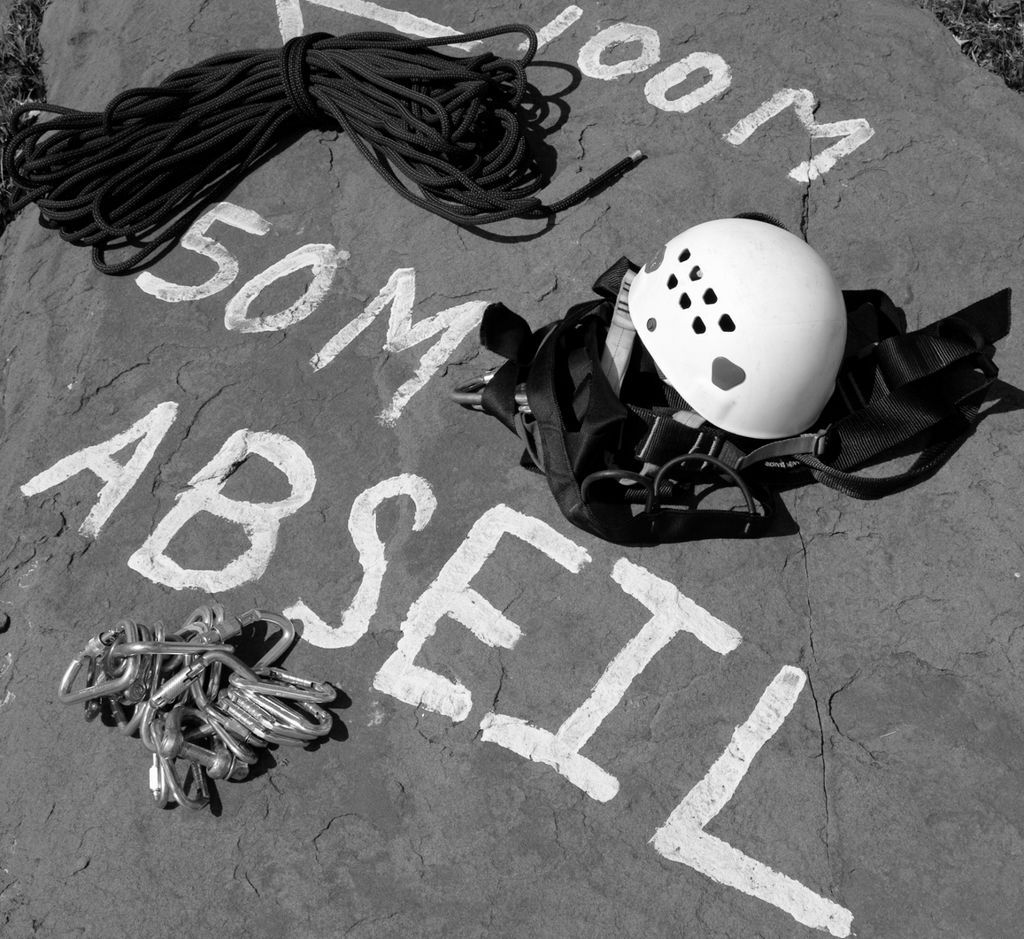 Now precariously perched at the top of the decent, I couldn’t bring myself to look down but I did steal a glimpse across. The escarpment wall ran on for as far as the eye could see a patch work of deep oranges from the rock and the lush greens of the many plant species that somehow managed to cling on to it. Even after the devastating forest fire that totally decimated this area three weeks earlier the view was still magnificent. Back to the job in hand, I started working my way down the rock face to the first ledge about 10m below. Once I had got over the initial fear, there was something rather rewarding about picking my route down. On the ledge Iaan allowed me to take a minute before we had to start the decent all over again with another lean. 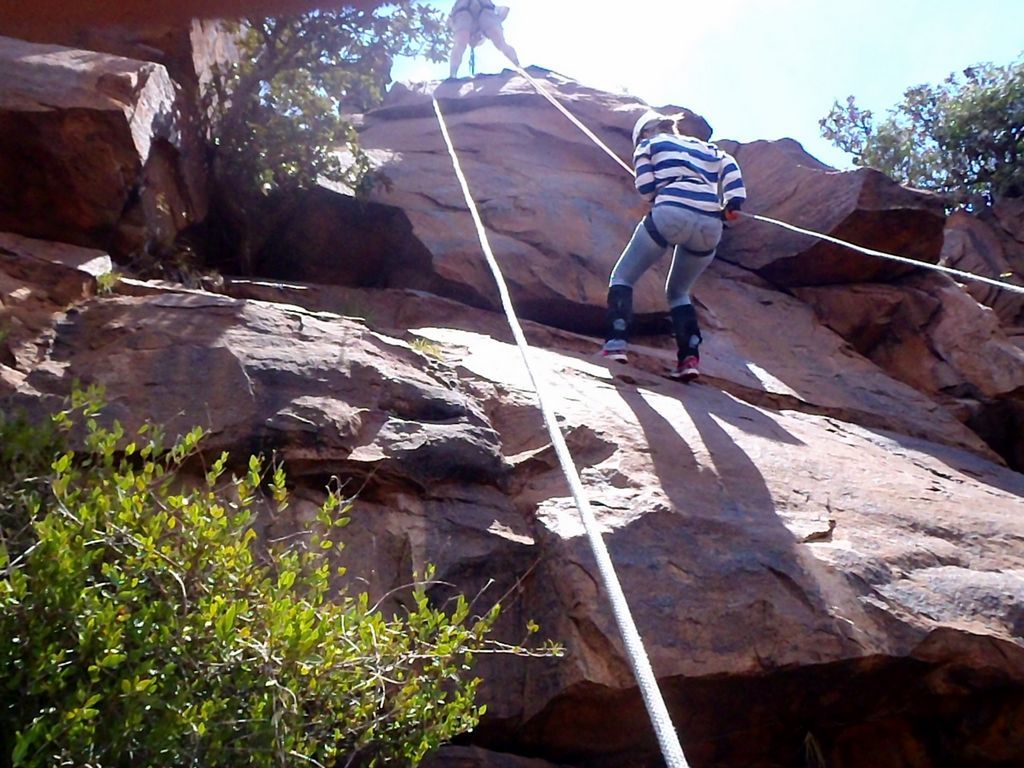 The second section at first seemed a lot easier and then all of a sudden Iaan said “Stop!” My heart skipped a beat and my pulse quickened as I wondered what was wrong. Was the rope fraying? Did the harness undo?

“I need you to lower you bottom below your feet”, Iaan instructed in his firm but kind manner that would have my toddler obeying his every word. It turns out this part of the descent you are no longer going down a rock face your repelling in thin air. With my feet firmly planted on the rock, I began to lower my body past them. My heart started racing again but this time it wasn’t just fear but excitement too. Slowly I moved my feet and the rock simply fell away and I was dangling hundreds of metres above the ground and the best bit about it, I was fine! The rope held me tight, my harness felt firm and my breathing had returned to normal. 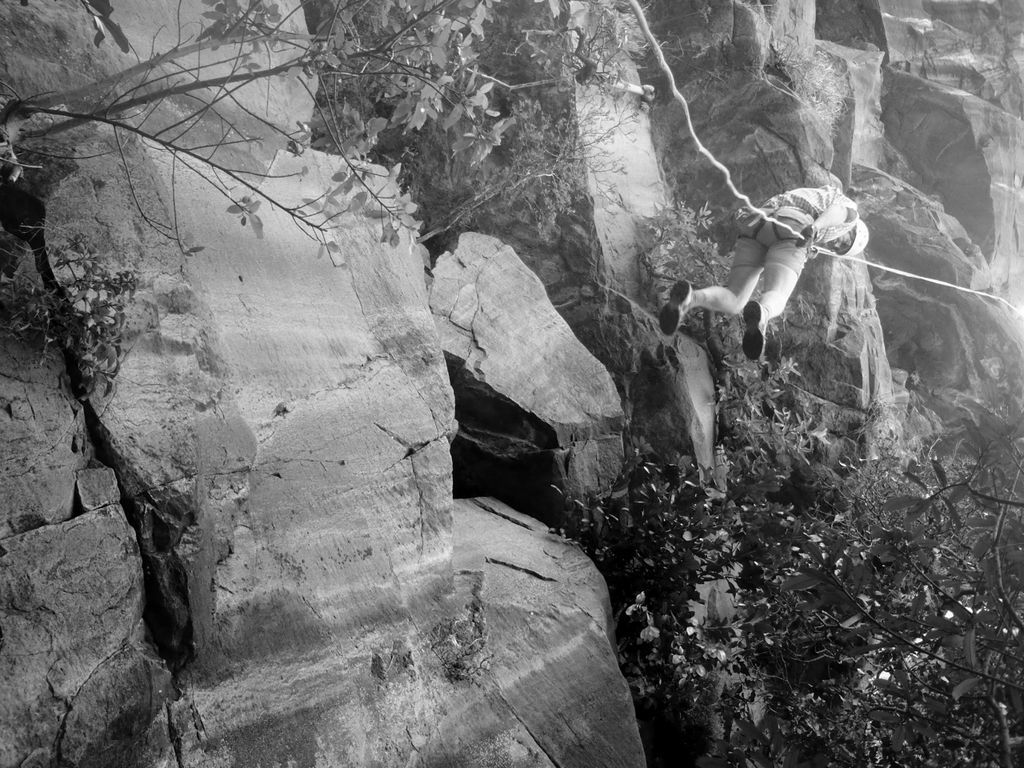 That was until Iaan swung me around to take in the view and what a view! Pristine bushveld for as far as the eye could see spread out below me. I can understand why Ryk had taken Eskom on and won when they proposed putting a line up here. Yet as magnificent as the view was, it was one I didn’t want to see for too long as I was beginning to get giddy! With my eyes firmly planted back on the escarpment wall, I started the final part of our descent. My fear had evaporated and my senses started to work overtime, taking in everything. The feel of the wind against my skin, the smell of the rope and the charred ground, and the feel of the hard rock wall as it jutted back out to meet my feet.

As soon as I hit solid ground I longed to be abseiling again and if there was a lift to the top you wouldn’t have stopped me. However, what goes down must go back up and the climb was far more daunting then the decent [descent]. Picking our way along the mountainside until we came to the chain that helped us pull ourselves up the boulders, the climb is certainly not for “sissies“. However the sense of achievement from completing the abseil and the views are certainly worth it. 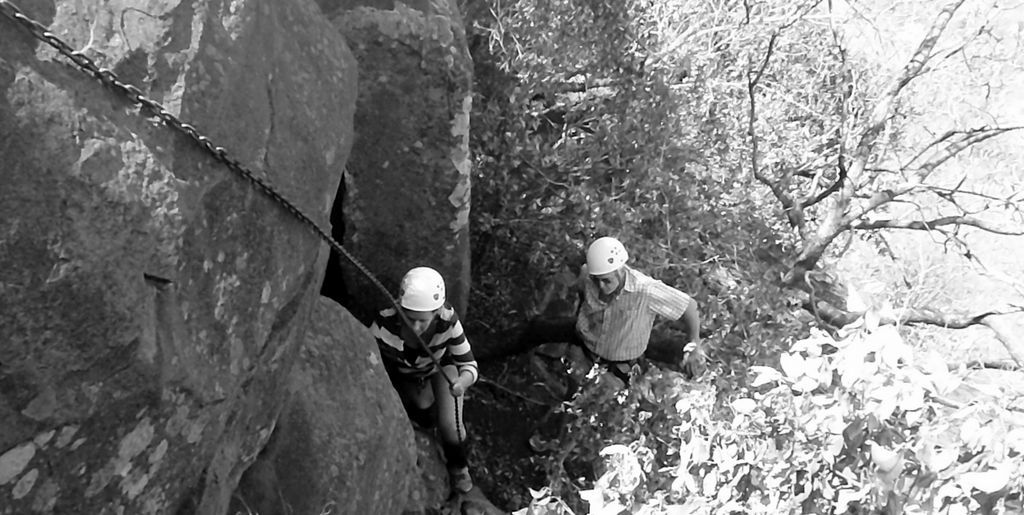 At the top there was one last challenge, ‘Ryk ‘n klip’ (Ryks Rock) that juts out just above the second section of the abseil. From here you have uninterrupted views of the abseil route and the whole escarpment. However you do need to scramble over three boulders that seem to be held on by nothing and Ryks rock itself seems to slope precariously away from you. I made it to his rock, which he assures is more than some do. However getting on it was a step too far! 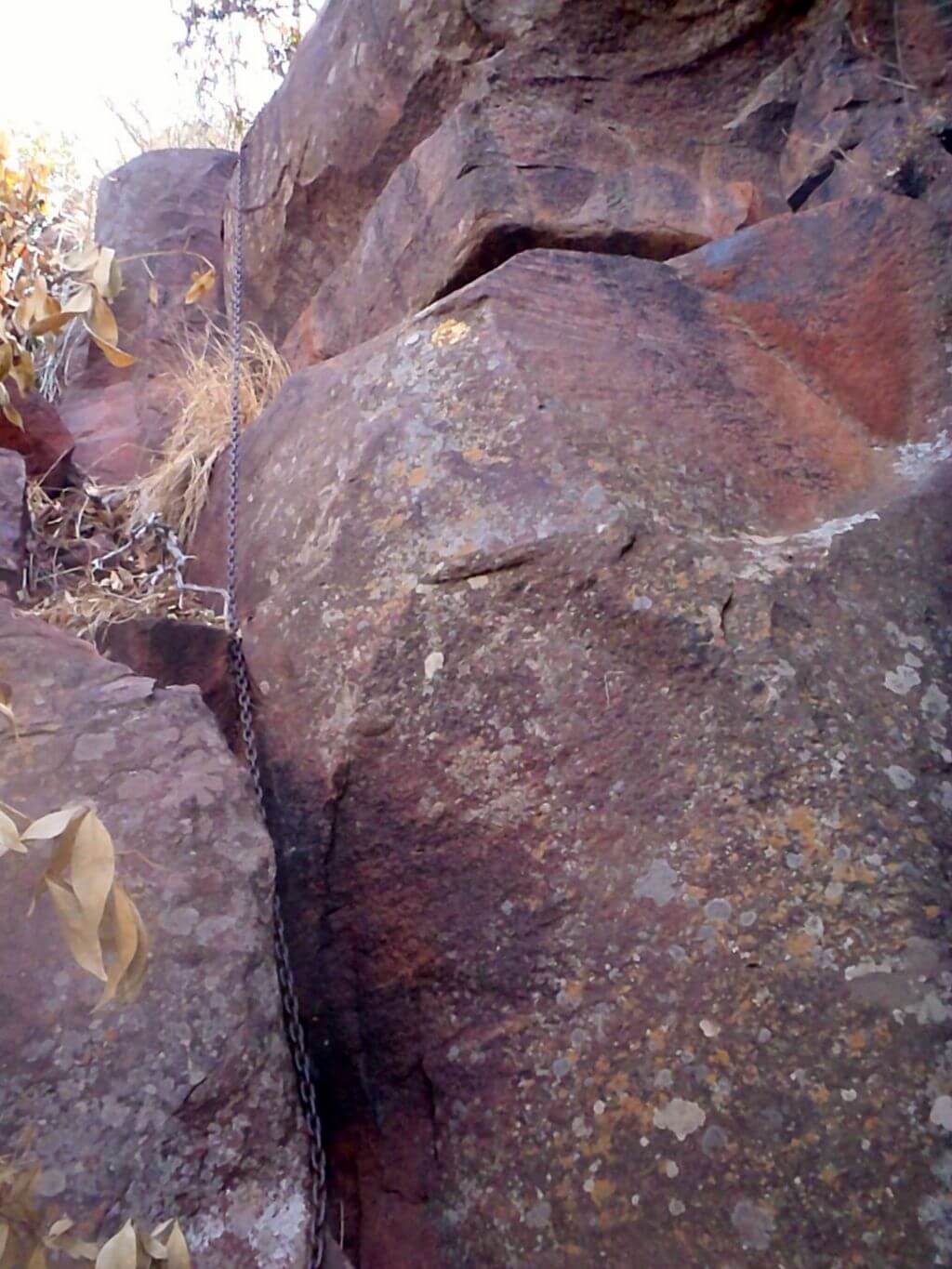 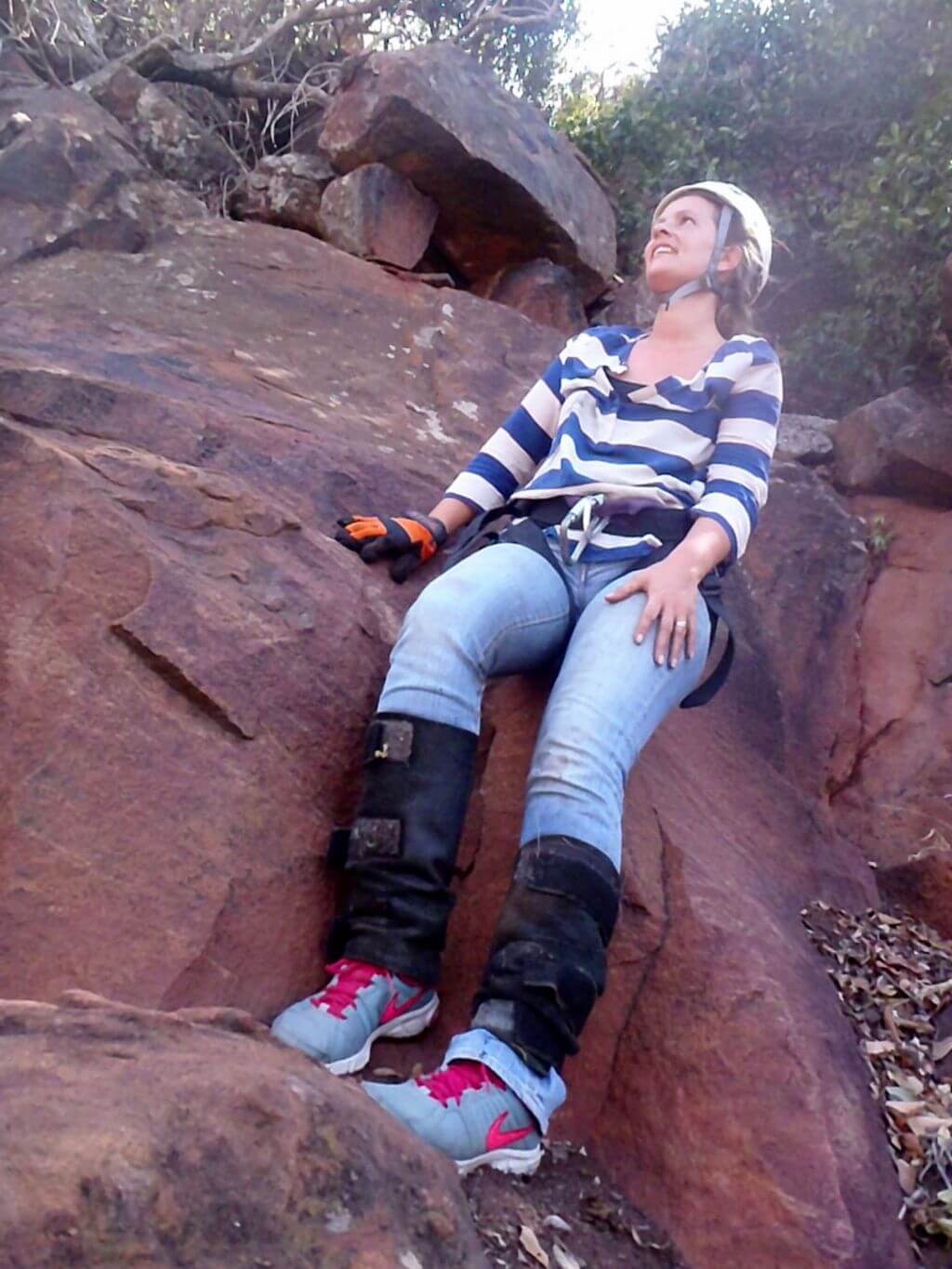 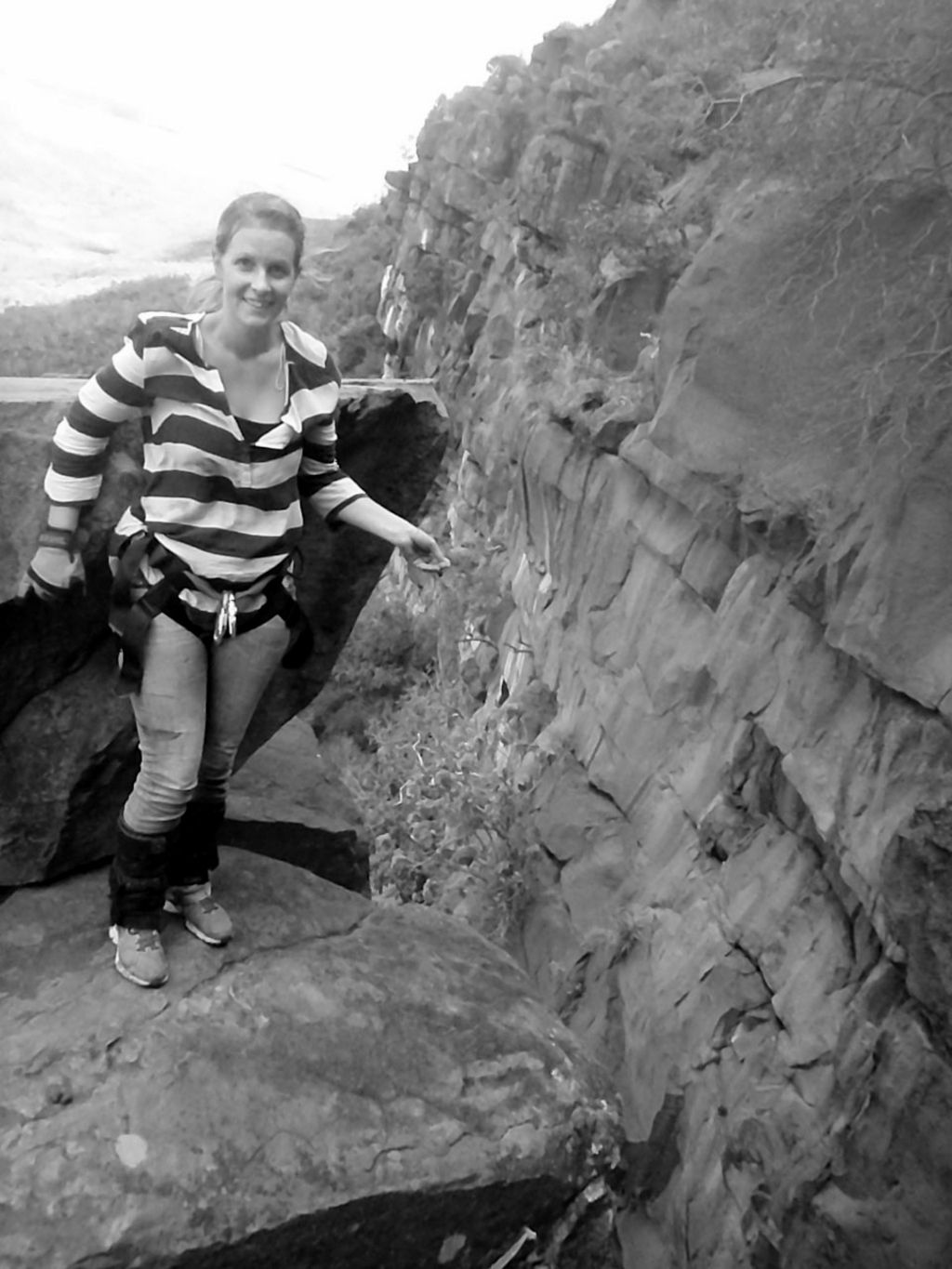 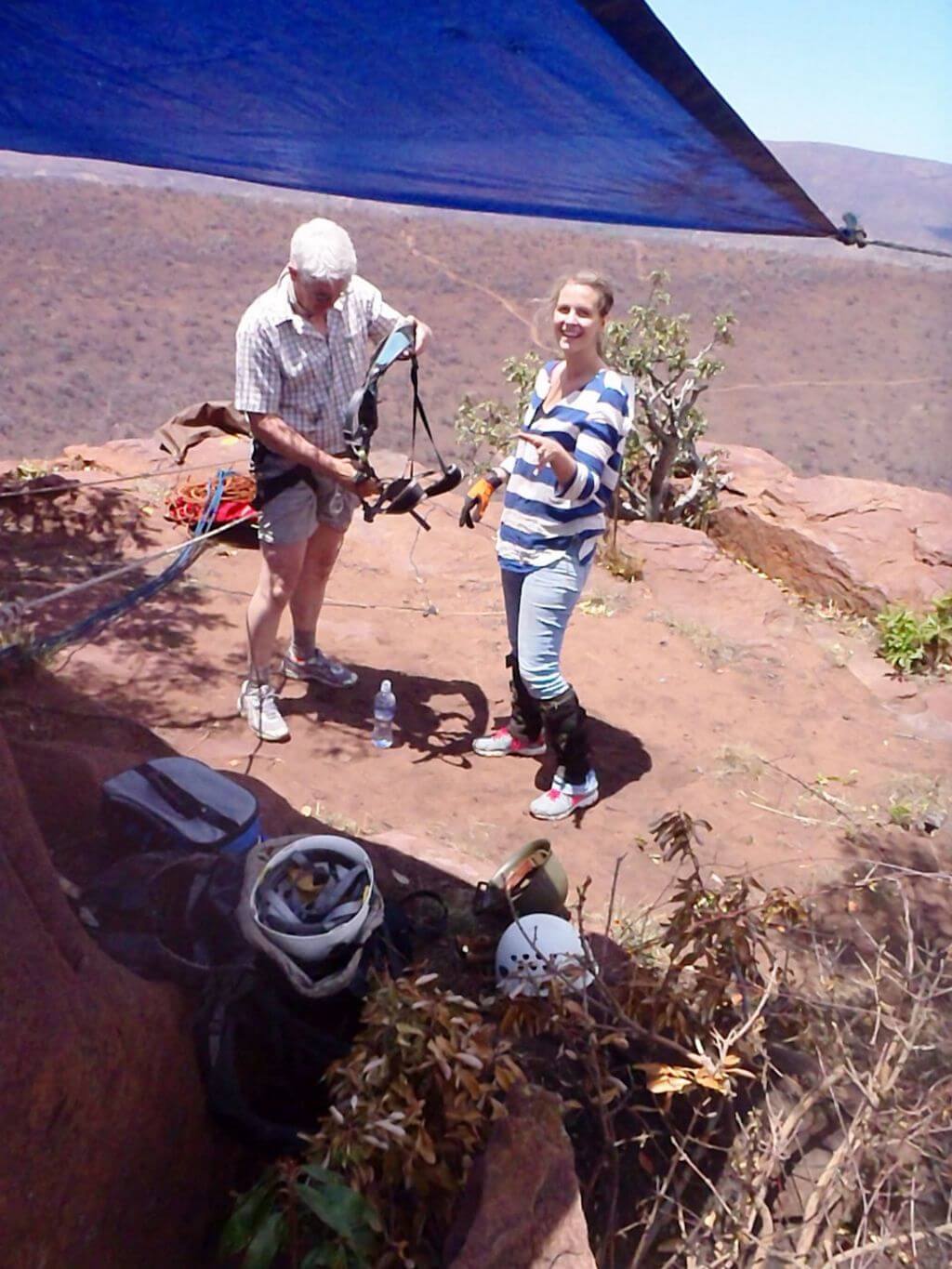 At Buffalo Gorge there are two 50m abseil routes and a 20m decent for younger kids, these are paired with 5 rock climbs that vary in their level of difficulty. The beauty of Buffalo Gorge is that abseiling is only one of the activities on offer. To get the most out of the place you would need to spend a long weekend there in order to try everything. However for me the experience of abseiling off the escarpment and taking the leap into the gorge is one that will stay with me for a long time, earning it a place in my Top Ten attractions in Middelburg!