Something out of Nothing – Township Tour

This is why she now promotes Middelburg’s Mhluzi Township Tour, a tour, she believes, that will not only uplift her community but will make others view townships in a totally different light. Sarah’s drive and energy is about creating opportunity in areas that appear bereft and literally creating ‘Something out of Nothing’, and this tour is no different.

The Mhluzi Township Tour starts at the river the township was named after. Mhluzi in English means ‘Gravy’, as independent of season the river is always small like gravy. Once the life blood of the Township, providing residences with washing, drinking, cooking and bathing water. Now it winds its way undisturbed as most households having running water and the rest share communal taps.

Next to the river, Sarah points out the land where an illegal settlement sprung up after the 1994 election. She explains that every black South African believed the towns were paved in gold, so migrated in their thousands from rural communities to urban metropolitans. Sarah describes how Mhluzi just couldn’t cope with influx of people and the squatter camp appeared overnight with no sanitation, job prospects or adequate shelter. Eventually, the informal settlement was torn down by the Municipality and the squatters rehomed in a formal settlement within the township. Now all that is left of the informal settlement is an orchard of fruit trees planted by the squatters. A green legacy sprouting from the desolation of what was human squalor, more proof that ‘Something’ will come from ‘Nothing’. 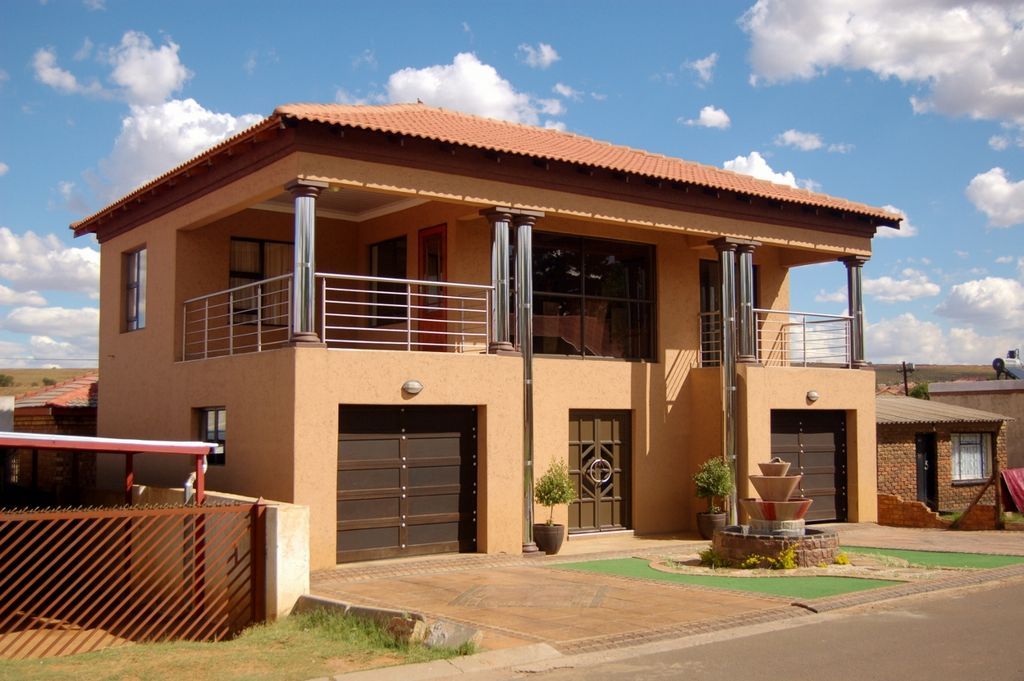 Ironically, the houses that once looked onto the informal squatter camp now have lovely views over the Mhluzi River and the fruit tree orchard, they are also not what you would expect from the Township stereotypes. In fact, with their neatly manicured gardens and beautiful frontages you would be forgiven if you thought you we in the suburbs. These homes are an important aspect of the Township Tour, as they help breakdown the stereotype that everyone lives in corrugated iron shacks. In fact, along the route you will see everything from the iconic ‘Township Shack’, to homes that look like palatial mansions and everything in between.

One of the biggest surprises on the tour was Sarah’s revelation that the pre-1994 old regime houses are still preferred over the Post-Apartheid free RDP homes the ANC have provided. The older houses are considered far more luxurious than those being delivered now and worth paying a premium for. 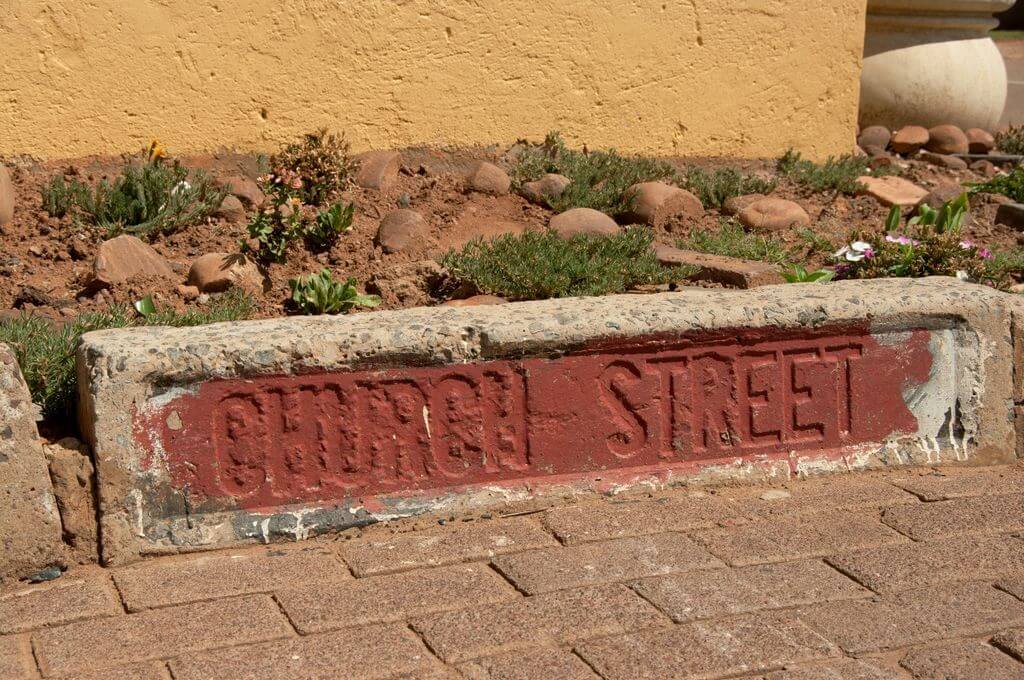 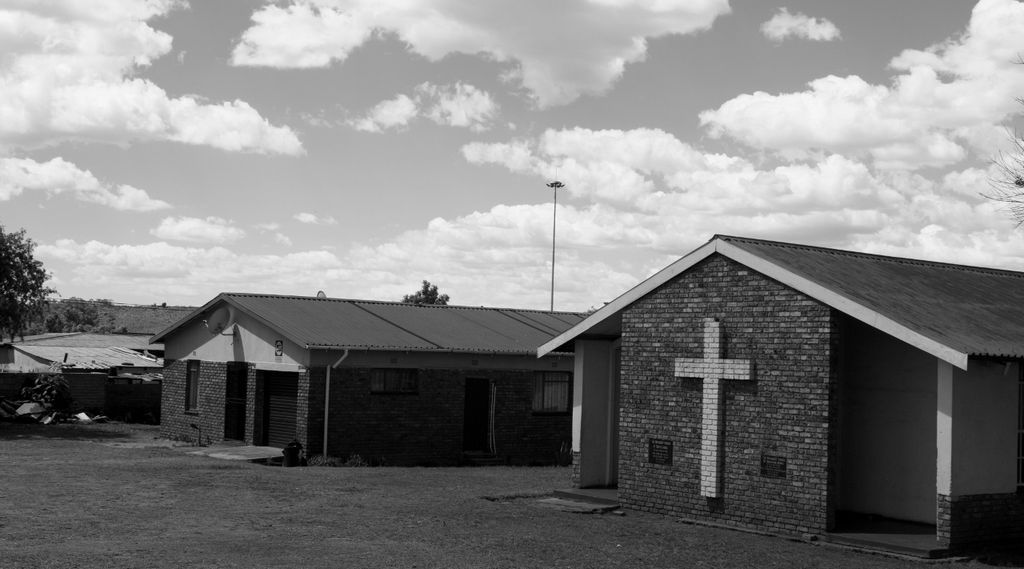 Church Street is the next stop on the tour, aptly named after the 13 Churches found along it, many of which are side-by-side. On Church Street you can find almost any denomination of the Christian faith, from Methodists, Evangelists, Apostolic, Lutherans and even a Swazi Church. The history of the street is as fascinating  as the different Churches and linked to German missionaries. To get the full flavour of Church Street you need to see it on a Sunday, when people from all the denominations coming together in their different outfits to give an amazing spectacle of colour and devotion. 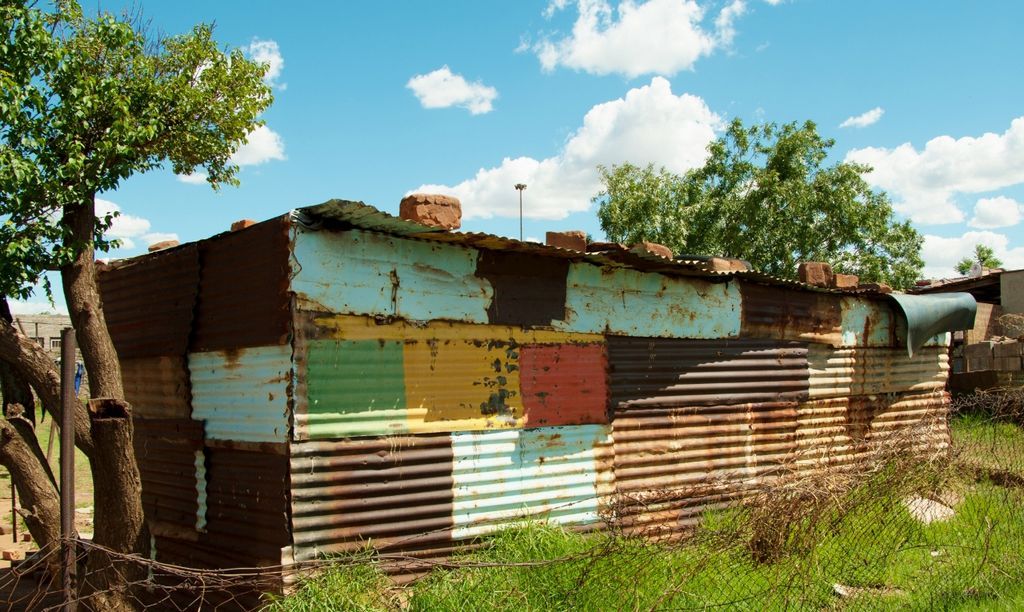 As we drive through the township it’s hard not to notice the hundreds of vegetable stands, salons and tuck shops that line the streets. Far from being a symbol of booming entrepreneurism, Sarah explains that these are the tell-tale signs of the unemployment crisis hitting the township. A harsh reminder that people desperate to make a living will try anything, including recycling. Piles of plastic bottles and glass jars neatly sorted in almost every other back yard are not a symptom of a green consciousness but a way of making a Rand or two on the side.

Next stop is a visit to one of South Africa’s infamous ‘Shabeens’ or taverns. Nervous at first, I followed Sarah down the corridor at the side of the house to what only can be described as a beer garden of sorts. There I was greeted by the smell of homebrew and 20 of the friendliest people imaginable. I think I would have needed two or three more of the potent pineapple beers to have joined in with the locals as they danced to a rhythm that needed no music. But their welcome, smiles and the unexpectedly delicious pineapple beer meant I was happy to stay. 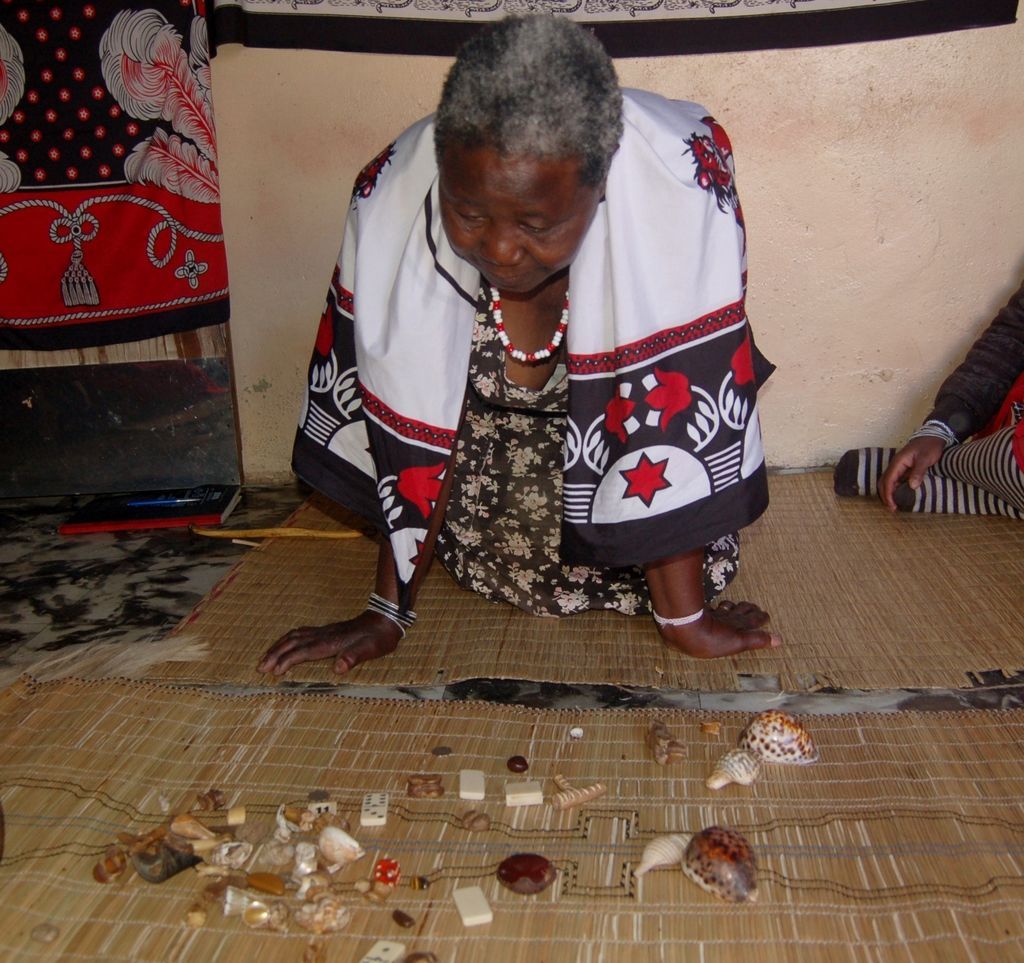 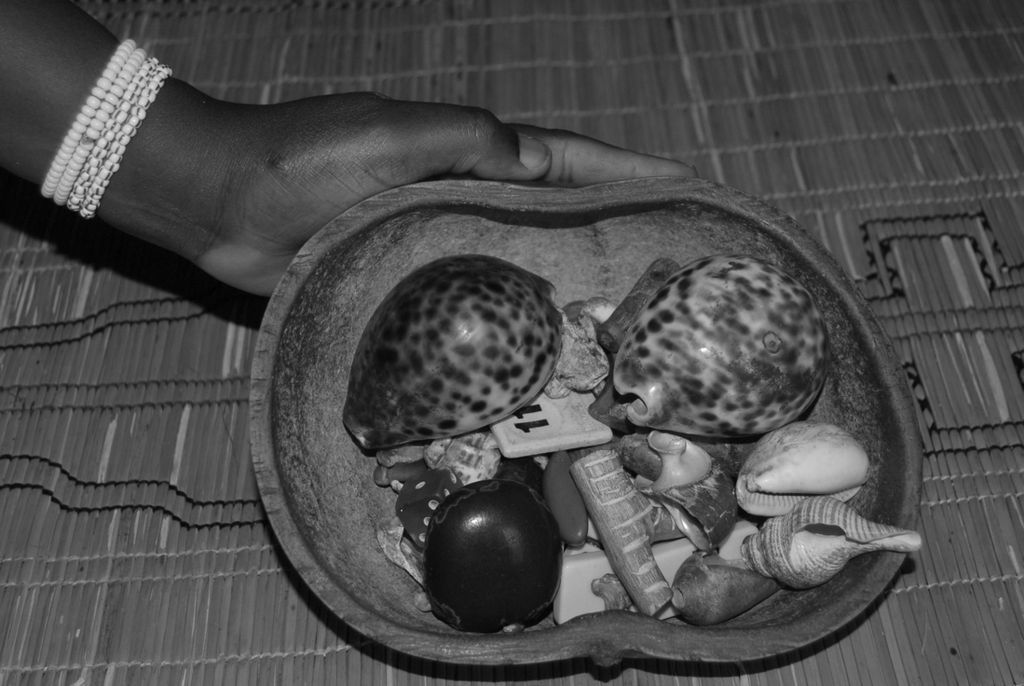 After the ‘Shabeen’ it was time for a different kind of spiritual experience. Bowing low and chanting as we entered a home much like all the others, we were greeted by the open arms of Sangoma Anna Thethiwe Ngwasheng. Surrounded by her pupils she explained that being a Sangoma, or ‘traditional healer’, is a calling that few get and is more being a witch doctor. It’s about understanding ailments, knowing nature and natural cures, as well as having the gift to see into people’s lives. This makes Anna the first point of call for many in the township, with this comes great responsibility. She explained that certain ailments like diabetes, high blood pressure and TB you need to identify and refer to the hospital or clinic, even if this means losing a customer. Her bowl of ‘bones’ that clients whisper into and throw are the key to Anna’s power. They are an assortment of artefacts from shells, Rumikub tiles and dice, to bones, pebbles and seed pods. To each, Anna has an attachment and each has a different meaning, from the way they are thrown Anna believes she can interpret messages from our ancestors relating to the clients health and even their future. The “casting of the runes” has a long history in all cultures and whether you believe this or not it is a fascinating experience and gives great insights into the beliefs that are held in the township.  She is also an important first step in welfare where there is little formal provision

The Shabeen and Sangoma experiences are amazing, but the part that will last with me forever was the visit to Sarah’s special class. As on top of running three businesses and a township tour, Sarah has dedicated her life to teaching pupils with special needs. Pupils that previously were cast out of school and often left to fend for themselves. The class ranges from 6 to 18 year olds, each with a unique learning difficulty and Sarah’s aim is to teach them a range of craft skills that they will hopefully earn a living from. As you walk into the classroom you are greeted by smiling faces of children eager to learn. Evidence of this adorns all the walls, which showcase their recycled bags, leather drums, beadwork, mosaics and so much more. 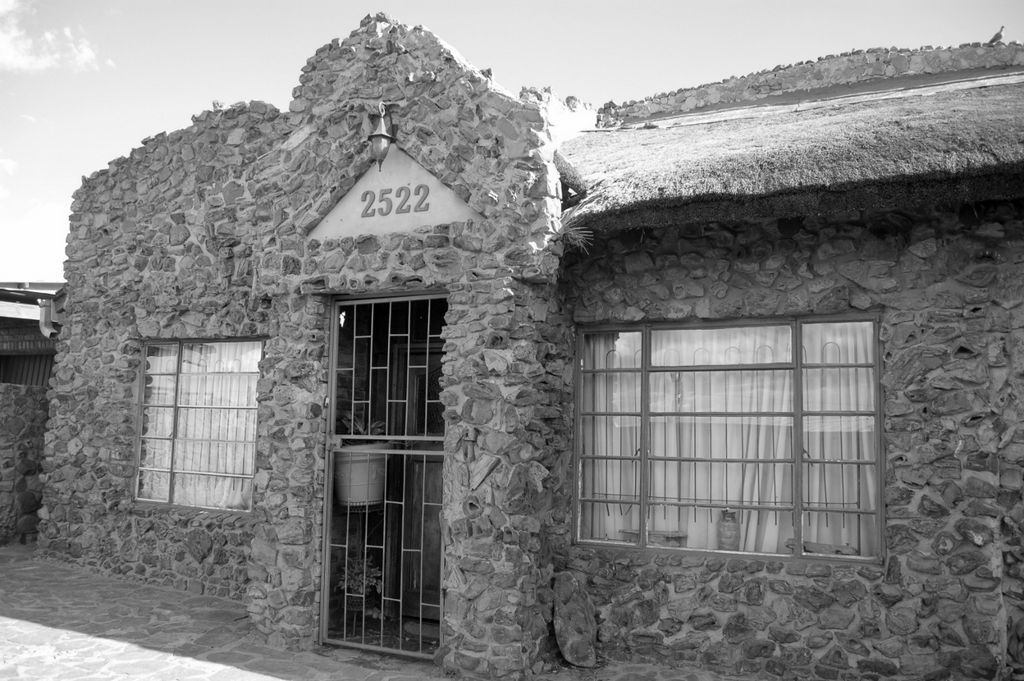 The final stop is “Something out of Nothing”, Sarah’s own Ndebele painted entertainment space. Here she serves traditional African food on traditional tin plates while guests can peruse the amazing curios. Some of which are made by her students. For those wanting to extend the experience, the Something out of Nothing Guesthouse allows you to prolong your stay and enjoy the warm hospitality and inspirational attitude of Sarah a little longer.

Something out of Nothing Township Tour is about making the most of a situation and celebrating what you have. Every aspect of the tour and Sarah’s life is testament to this. So anyone wanting an inspirational, eye-opening, and informative adventure then this is the one for you! 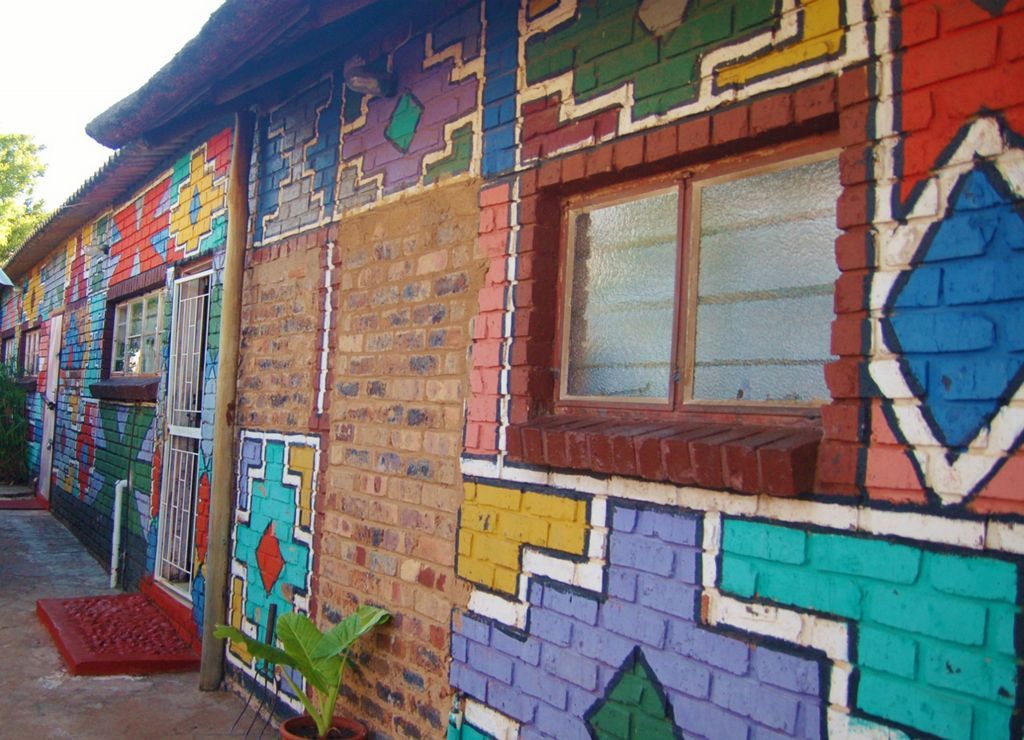