Barberton is a town born out of Gold, so a gold mine tour is a must if you want to get a true sense of this gold rush ‘Boom Town’. 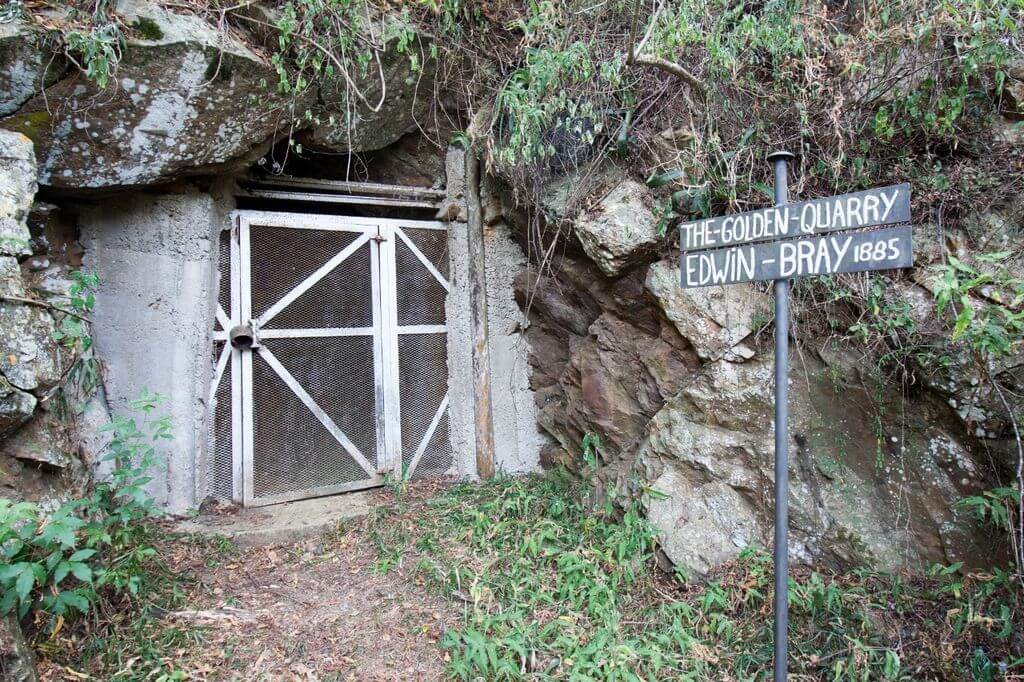 Our tour started with a trip to Sheba Mine, which has been mining gold for over a century from Bray’s famous ‘Golden Quarry’. Considered one of the ‘Mining Wonders of the World’ if you’re going to only visit one gold mine in your life, this is the one to see. As Sheba Mine holds the record of being the richest and oldest working mine in the World.

After a quick stop at the Mine’s checkpoint to sign in and have our permits checked, we made our way up the hill to the Quarry’s original entrance. The short hike to the Quarry opening gives you a taste of what getting to work would have been like for the miners. As the route takes you over some of the discarded rock from the original quarry and up an old wooden ladder that oozes nostalgia.

The entrance to the Mine is a lot wider than I had initially imagined and I was impressed that at no time while you are exploring the Quarry do you feel at all claustrophobic or cramped. You do, however, get a sense of adventure as you make your way forward along paths cut into the rock by men over a century ago. Especially as you pass the red and white hazard tape and metal barricades put up to prevent people from accidently slipping down the numerous exploration tunnels that drop hundreds of metres in search of more gold.  Before you can enter the Golden Quarry you have to cross a wooden bridge that looks like it comes straight out of an Indiana Jones movie. While my guide was quick to point out the concrete supports make it structurally sound, but crossing the creaking and dilapidated looking bridge feels like a rite of passage into the Quarry. 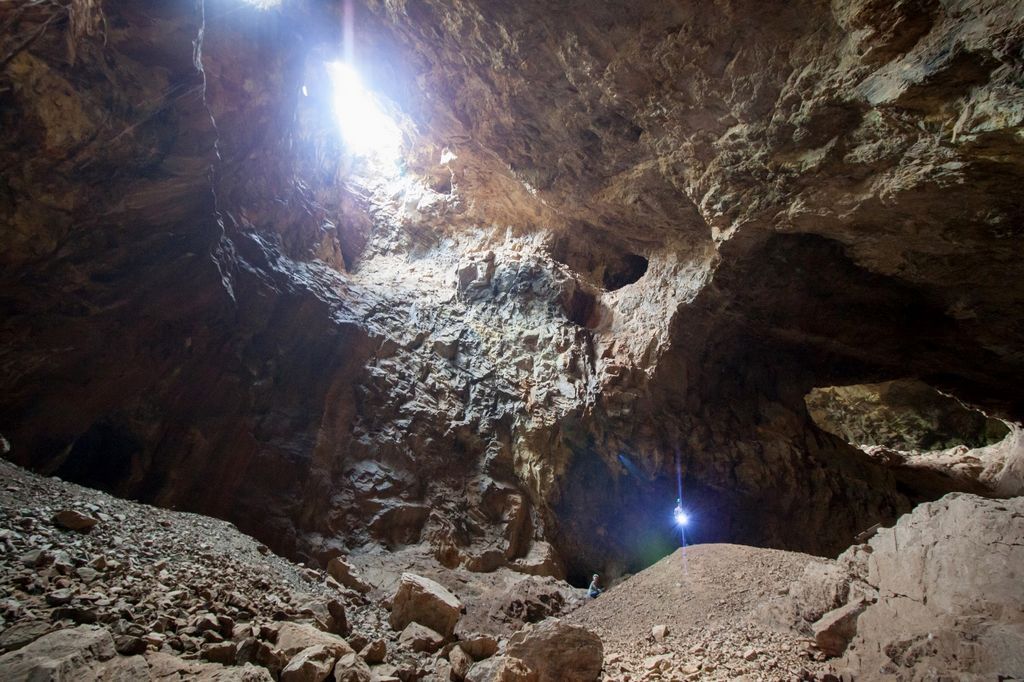 Once over the bridge the small tunnel opens up into an impressive cavern, lit by shards of sunlight streaming in from the original opening at the surface and resembles a medieval cathedral. Nothing can really prepare you for the vastness of the underground Quarry, especially when you consider this was all dug by hand. There was no heavy machinery, dynamite or room for mules. It was purely the blood, sweat, and I expect tears, of men labouring with picks that made this massive hole a reality. The logistics of creating it are simply mind blowing. Unearthing numerous questions like how they got the rock out, how they managed to traverse the steep sides and how Edwin Bray must have felt when he first laid eyes on the rocks that appeared to be cemented in gold!

The fact it is still a working mine only adds to the experience, as every now and then you hear the sound of mining happening hundreds of metres below. Still it is hard to imagine what life would have been like for the miners back then, spending days underground digging for someone else’s fortune. Luckily our next stop on the tour helped to explain what life would have been like for them the short time they were above ground. 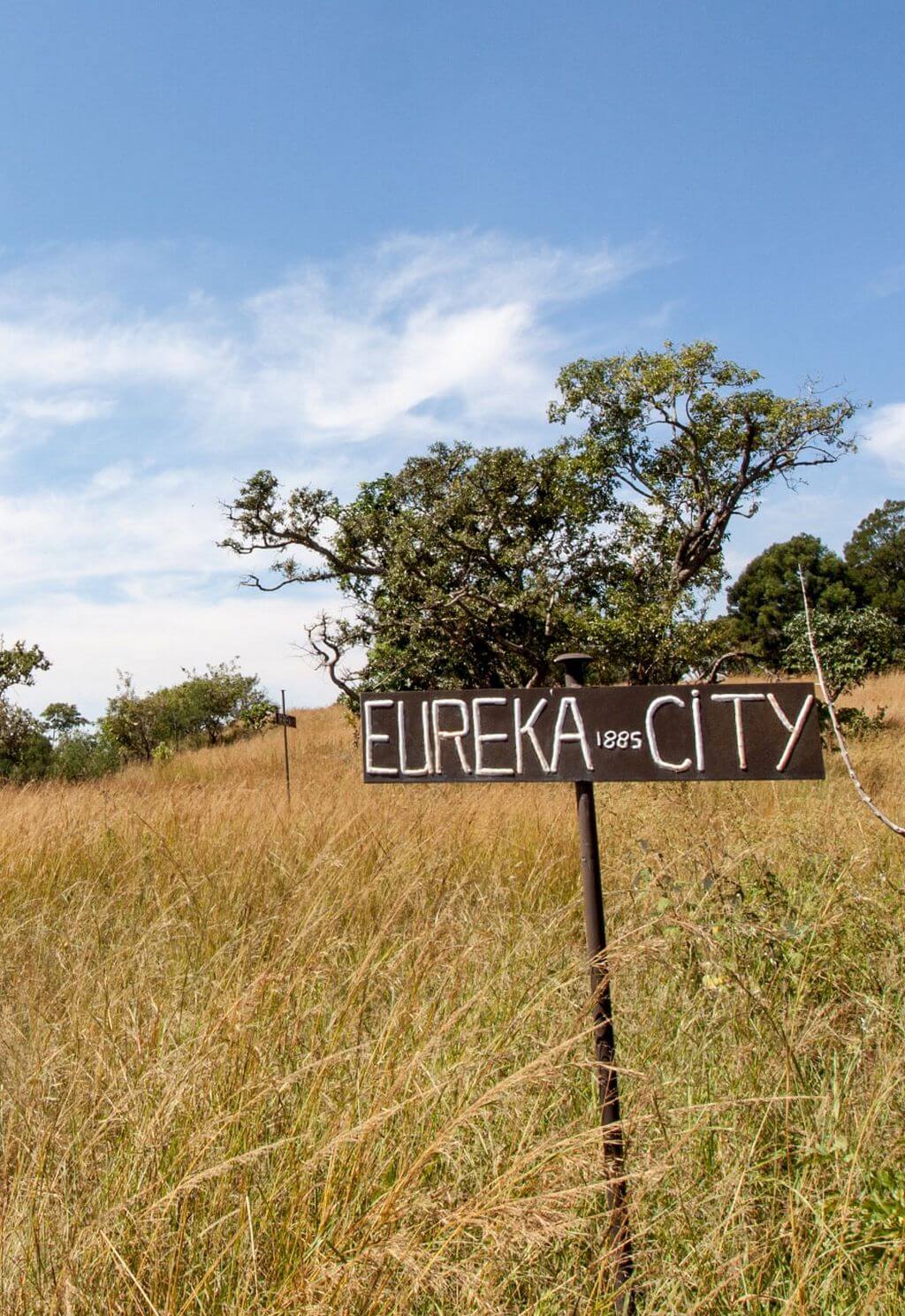 Eureka City is now a ghost town, but during the Gold Rush Era it was the place to be seen. Donkey racing, tennis courts, high-brow hotels and tree lined streets were what awaited the miners when they returned to the surface. Built on the mountain top to enjoy the cool clean air and away from the mosquitoes and tsetse fly that then bedevilled the old town and workings, the remains of the buildings are all that are left today. But thanks to the hard work of Barberton’s Historical Society these are beautifully marked, allowing you to walk in the footsteps of the miners of yesteryear.

While the old buildings are impressive the real ‘Wow Factor’ is the location. As Eureka City is perched on top of the mountain overlooking the various mines it served. The views from the City are breath taking as you are treated to 360 degree panoramic vistas of the Mpumalanga mountain ranges that appear to spread out endlessly in front of you. 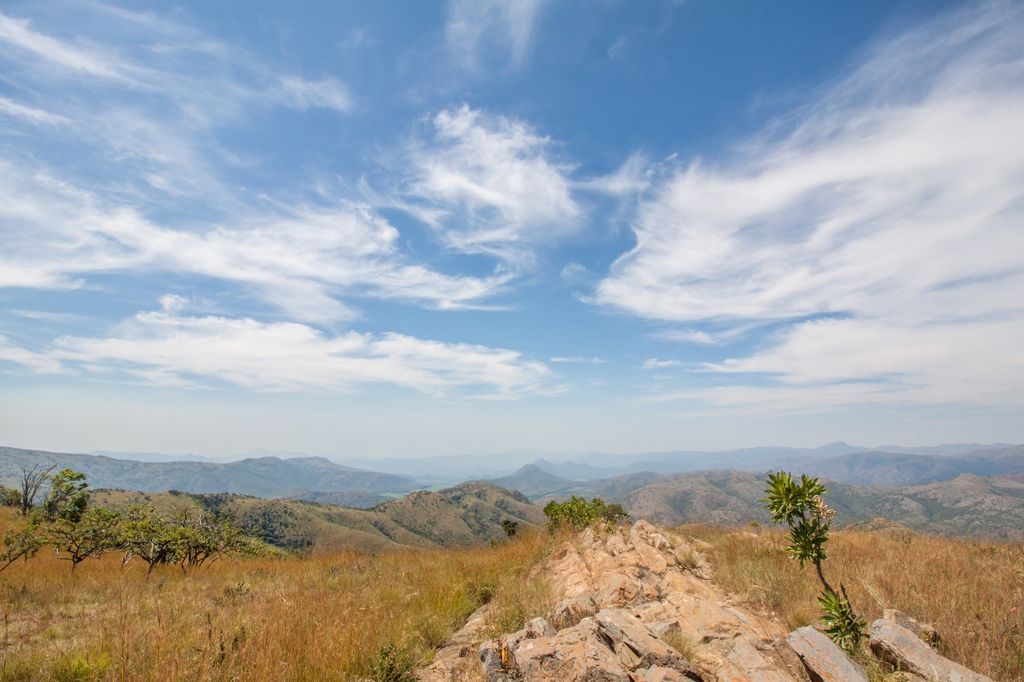 The location of Eureka City must have made it tough for miners to reach and even worse for the labourers who had to bring water and supplies up to the 700 inhabitants on a daily basis. Now however, its location makes it the ideal attraction for those seeking a little adventure. As the hour long direct guided route up to the City is the perfect challenge for 4x4 enthusiasts and quad bikers alike, as it take you through the aptly named ‘Gates of Paradise’ and ‘Gates of Hell’ and past curious natural phenomena like the Onion Rock. For those looking for a more sedate journey to the top the alternative guided route allows non-4x4 vehicles access to the site and the beautiful lookout spots are ideally situated for a picnic at the top. 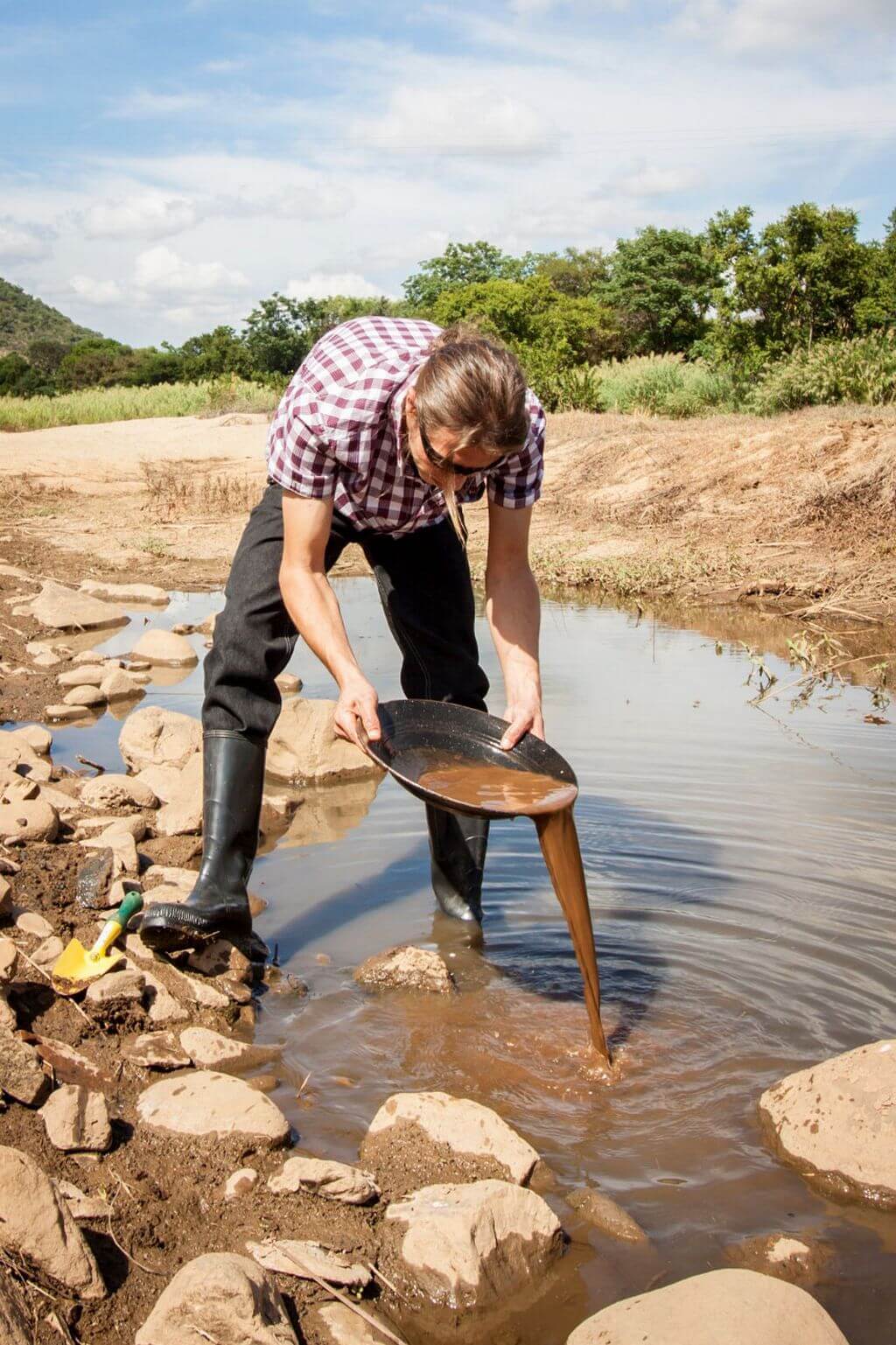 The last stop on our tour was at the aptly named Digger’s Retreat Hotel for a spot of gold panning. Something I would definitely recommend with the warning that it can become addictive, especially as legend has it that an old gold prospector buried three tins of gold somewhere along this river bank and died before tell anyone where they were hid! While gold panning is now a ‘catch-and-release’ sport, that doesn’t take away any of the excitement of finding a fleck of gold in your pan. After a few hours of panning you work up quite a thirst and where better to quench it than the Digger’s Retreat Pub. Allowing you to finish an excited “Golden Day” with good food, good company and great stories of Barberton’s colourful past!