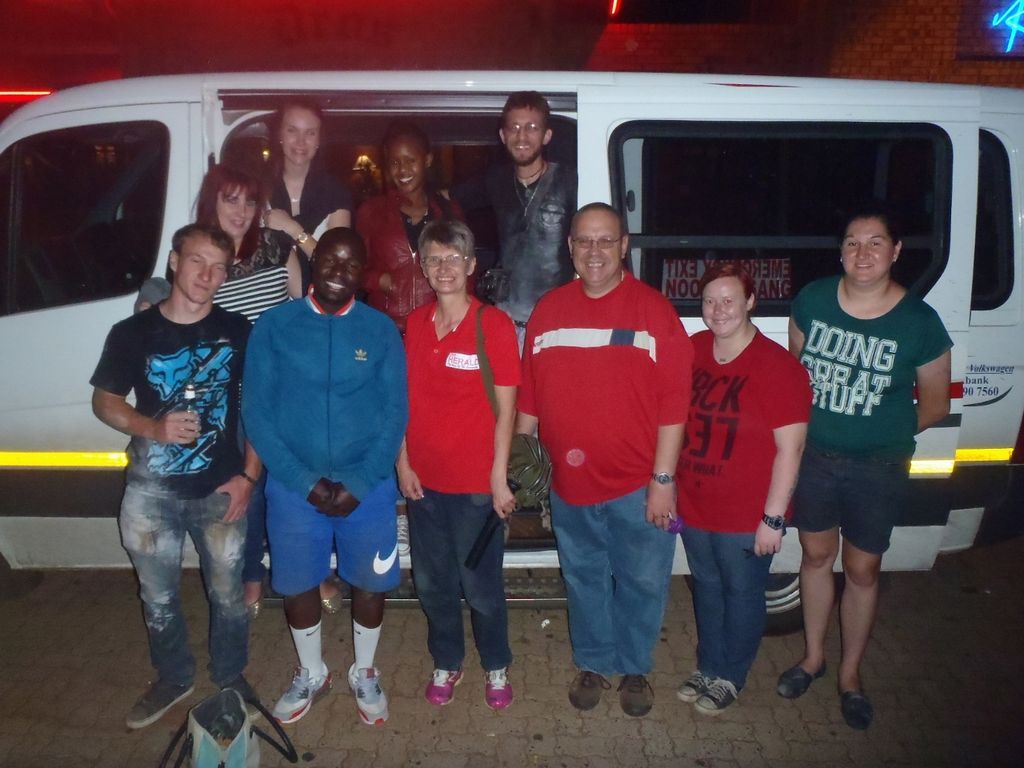 The story of Lily takes place in two locations. First stop is her old house in O.R. Tambo street where Doctor Kobus Terblanch now stays. He tells the tale of how he was awoken at midnight on the 18th of December two years ago to the sound of the Church organ. As he followed the music it lead him to the town’s White Church where all the lights burnt brightly and Church organ played loud and clear. As he opened the door the lights went out and the music suddenly stopped. Till this day he doesn’t know whether he was dreaming as he walked to the Church, but since then several others have described the same phenomena. 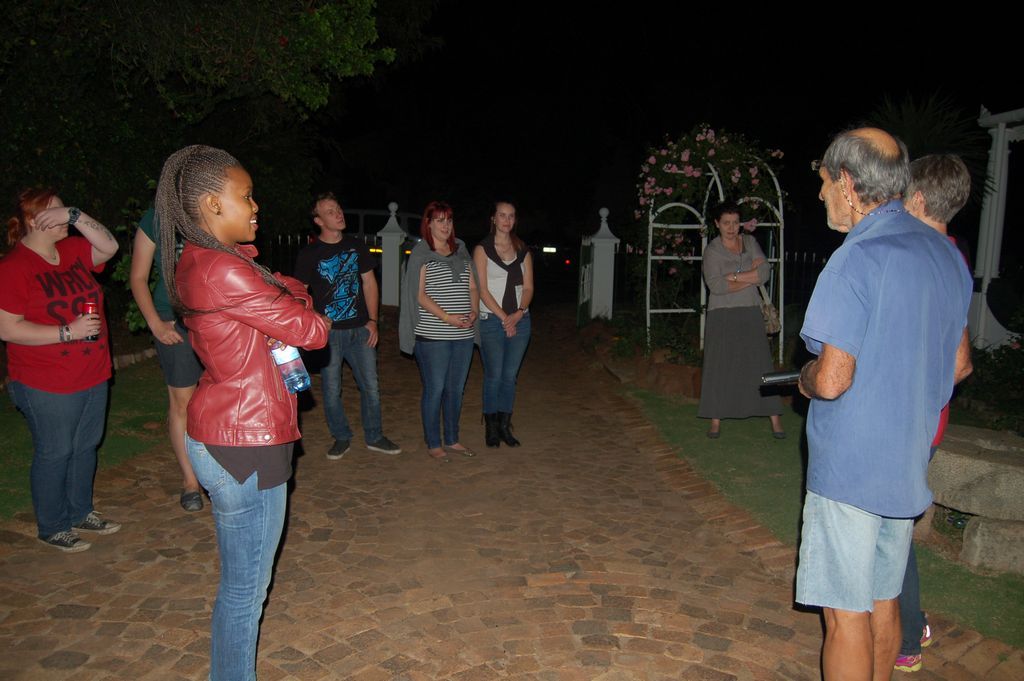 Those who believe in the paranormal believe it to be the Ghost of Lily de Kock, whose birthday happens to be on the 18th of December. Lily’s husband was a rich merchant who gave her a cheque for her birthday, a cheque she never cashed as she died before she had the chance. Her husband then donated the money to the White Church who bought the organ. The organ still stands in the Church but three years ago it was refurbished and the original pig skin bellows were replaced for synthetic ones. It is thought this had angered Lily and she is now letting her displeasure be known. 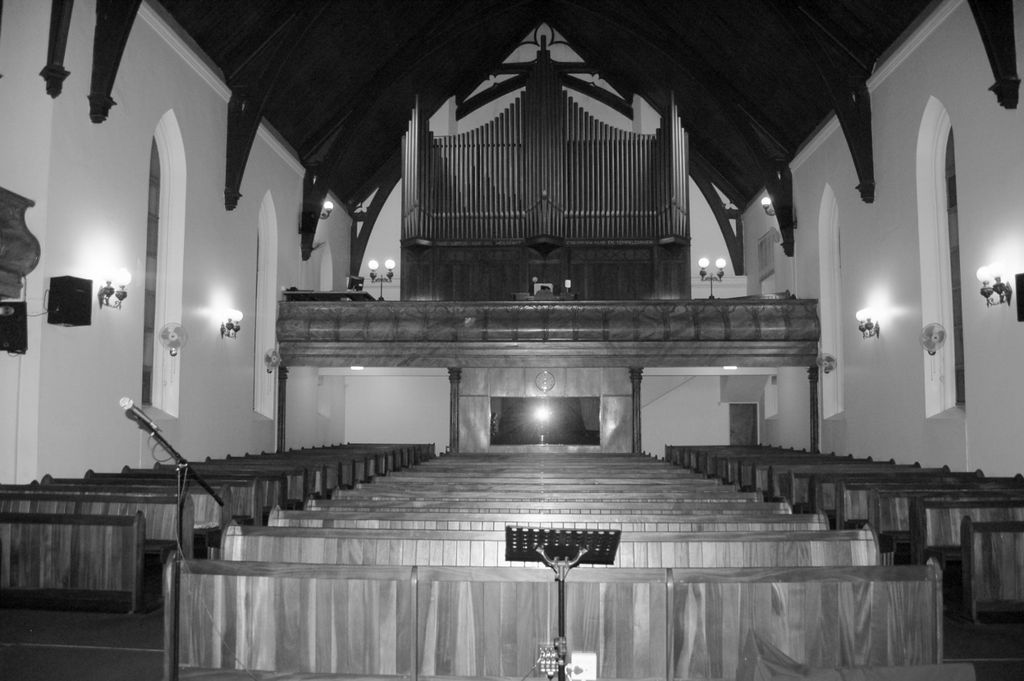 While Lily’s story is a charming one, it is the opportunity to walk through her old home built in 1888 where a lot of the original features can still be seen that is the real treat. As is the opportunity to go into the White Church at night and hear the organ play its mournful tunes. While our group didn’t experience the presence of Lily, the Church was spooky enough without her!

The Cells of the 1st Court Building

Now home to the loveable Tannie Bossie, Number 35 Walter Sisulu Street was once Middelburg’s first court house. A place that hides a dark secret, a secret hidden under the floor boards in the form of a network of cramped, inhospitable prison cells. For those brave enough Tannie Bossie allows you to explore the network of cells under her building. Through the small holes in the wall, which allow you to make your way between each cell.

The towns second court house burnt down so all prisoner records were lost. Meaning no one can say for sure if any prisoner did die in the cells. However speaking from the experience of someone who barely managed 10 minutes down there, I am quite certain many men gave up will to live! What is known is a Judge died on the doorstep of the property and some say his presence can still be felt. 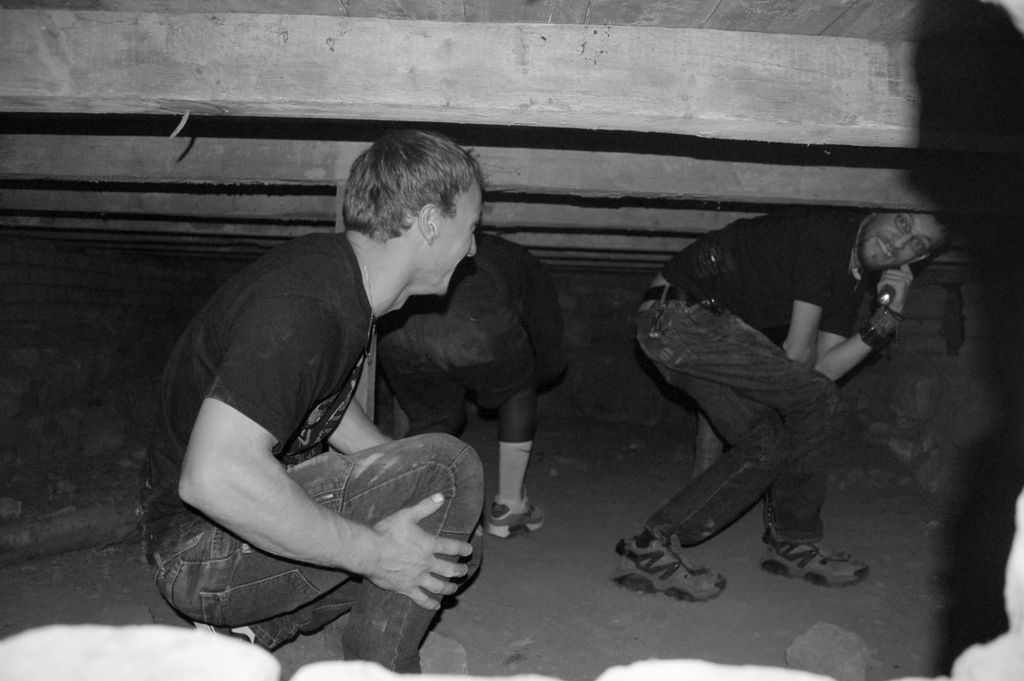 No presence was felt by our group, but when it came to taking a photograph of the brave few who ventured into the cells strange things happened to our camera. It simply wouldn’t focus when pointed to group standing over the entrance to the cells, as soon as they moved the focus came back? Coincidence… we simply don’t know! 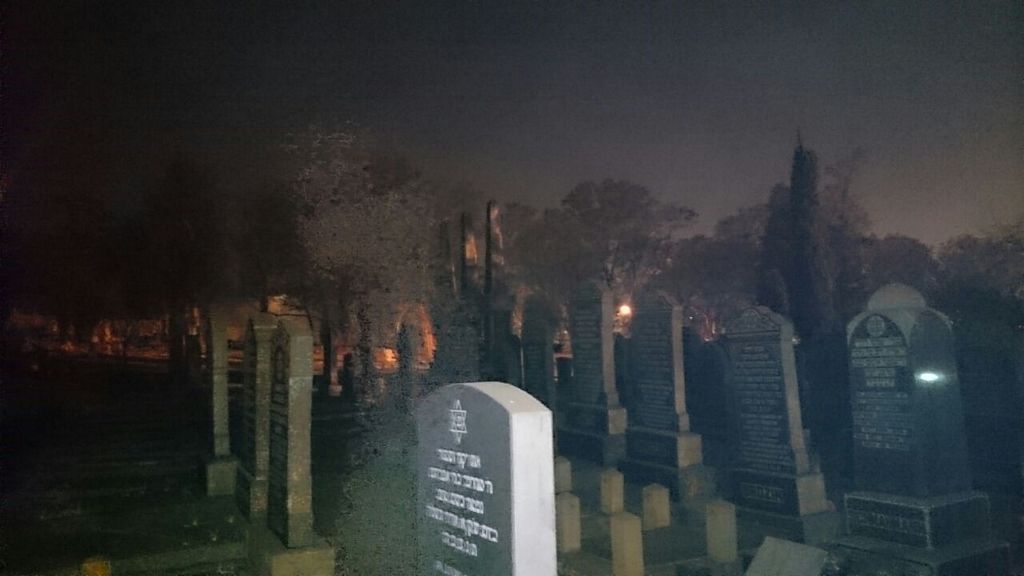 Next stop would normally be the Cemetery, however with Halloween the following day it was decided that this was not a sensible idea. Previous tours have witnessed orbs and suspicious lights at particular graves that not just seen at night. Follow ups during the day also witnessed the same phenomenon!

So instead we listened to Police Officer Luan Cason as he told us about his experience at the Police Detective’s Offices, which was once a court building. Many a night, when he has had to work late, he has heard the sound of a child laughing and running through the corridors. This phenomenon has been reported by a number of his colleagues and visitors to the Station. While there are no official reports of a child linked to the house, Ghost hunters are certain that the spirit of a Child remains there.

The tale of the forgotten solider was a very personal tale for two people on the tour. Officer Luan’s grandmother, Ellaline Gray Cason, was the first person influenced by the soldier’s ghost. Shortly after she moved to the Bosmanspruit Farm she began writing thriller novels under the pseudonym J. van Elders, which roughly translates to ‘from somewhere else’. Why she chose that pseudonym she never could explain, however some people think it was a message from the forgotten soldier. He was an Australian killed in the Anglo-boer war and whose grave wasn’t relocated with the rest of his battalion. Another lady, Alta Roux, moved onto the farm next. She too started writing thriller novels under the pseudonym of Adam Roux when she moved to the farm and stopped as soon as she left. Next was Corine de Jonge, our guide on the Ghost Tour. By the time she moved to the farm the grave had been found but the solider’s name remained a mystery. It was only when a group of school children from Australia came to visit the town and one had researched Private Clarence Chudleigh Clifford from the 6th Mounted Infantry of Western Australia, whose body was never found did Corine put the pieces together and the forgotten Solider was finally laid to rest in the cemetery. Coincidentally, Corine works for the Herald Newspaper and the forgotten Soldier’s family owned the Herald in Australia. 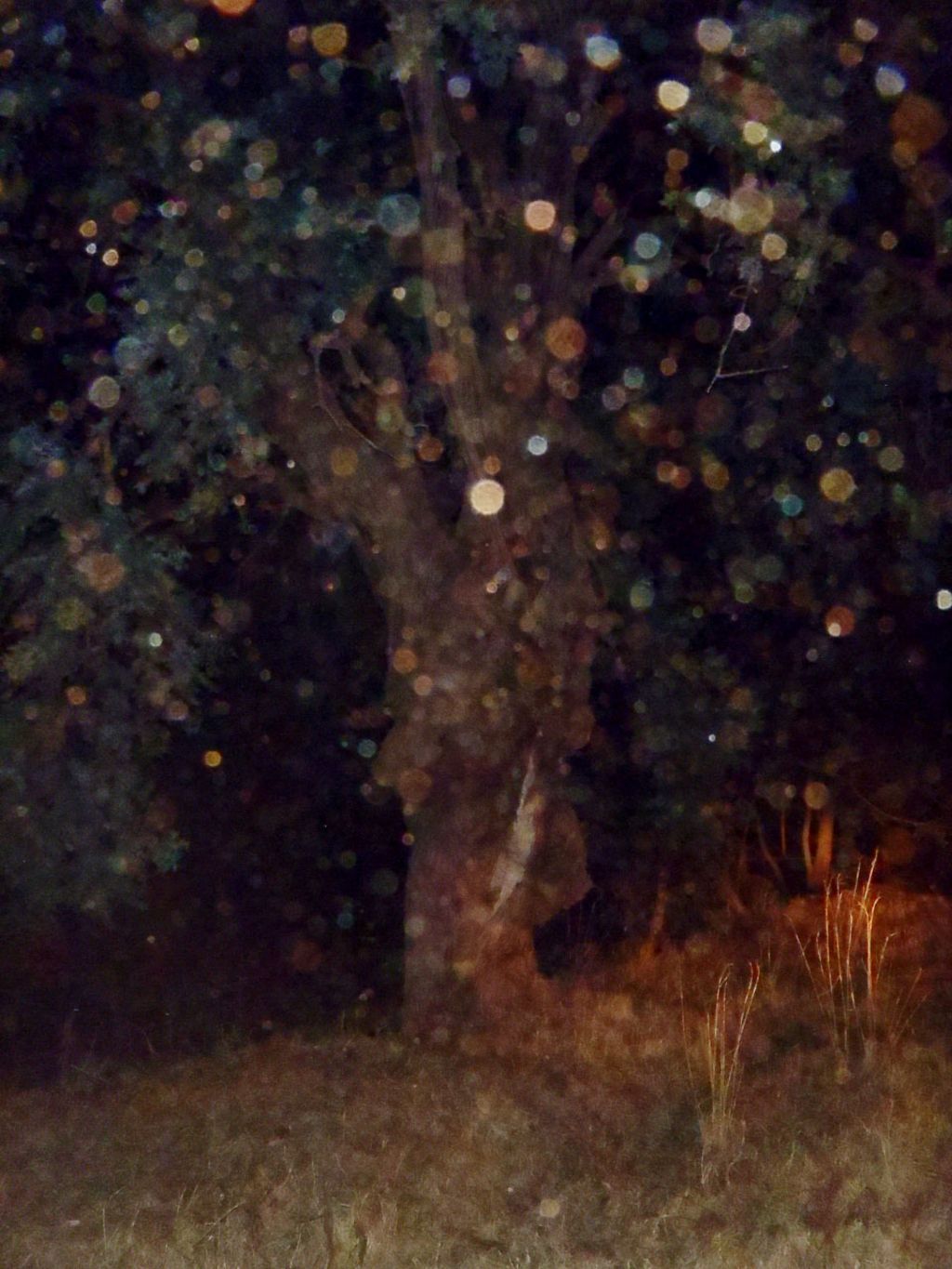 Before I go into the story of Dora, I want you to know that I am a sceptic. I believe in coincidence, scientific facts, and things I can touch, see, smell or taste. I do not believe in ghosts… After visiting Dorah’s tree, this last sentence was something I had to repeat to myself several times that night.

Dorah’s story is a sad one. Raped and murdered, her family left the area before her body was finally found along the road between Middelburg and Loskop Dam. A small grave was erected and shortly afterwards strange things began to happen. Men aged 40-50 started having accidents along the same stretch of road. Some died, but the few that survived reported the same thing. They all picked up a hitch hiker who was speaking to them at the time of the accident but then simply disappeared. Those who believe, think this is the ghost of Dorah exacting revenge on men of similar age to her murderer. Currently the road is being altered and Dorah’s grave has been moved and so have the accidents. They have now started on a different stretch and this is where we visited Dorah’s tree and it is here where things got creepy!

We all got out to photograph Dorah’s tree, which appears to have a face that moves. Only while everyone else managed to get clean shots of the tree. Mine were covered in orbs, so much so it looked like a Christmas tree! The first thing that sprung to mind was that it was my flash, however the first shot I took while I waited for the others to get out had no orbs. Next I asked one of the other girls to take a photo at exactly the same time, we counted down from three, took a photo and everyone looked in disbelief as hers had no orbs and mine was covered. I don’t believe in ghosts, but I do believe something really strange happened that night at Dorah’s tree and I am yet to understand what! 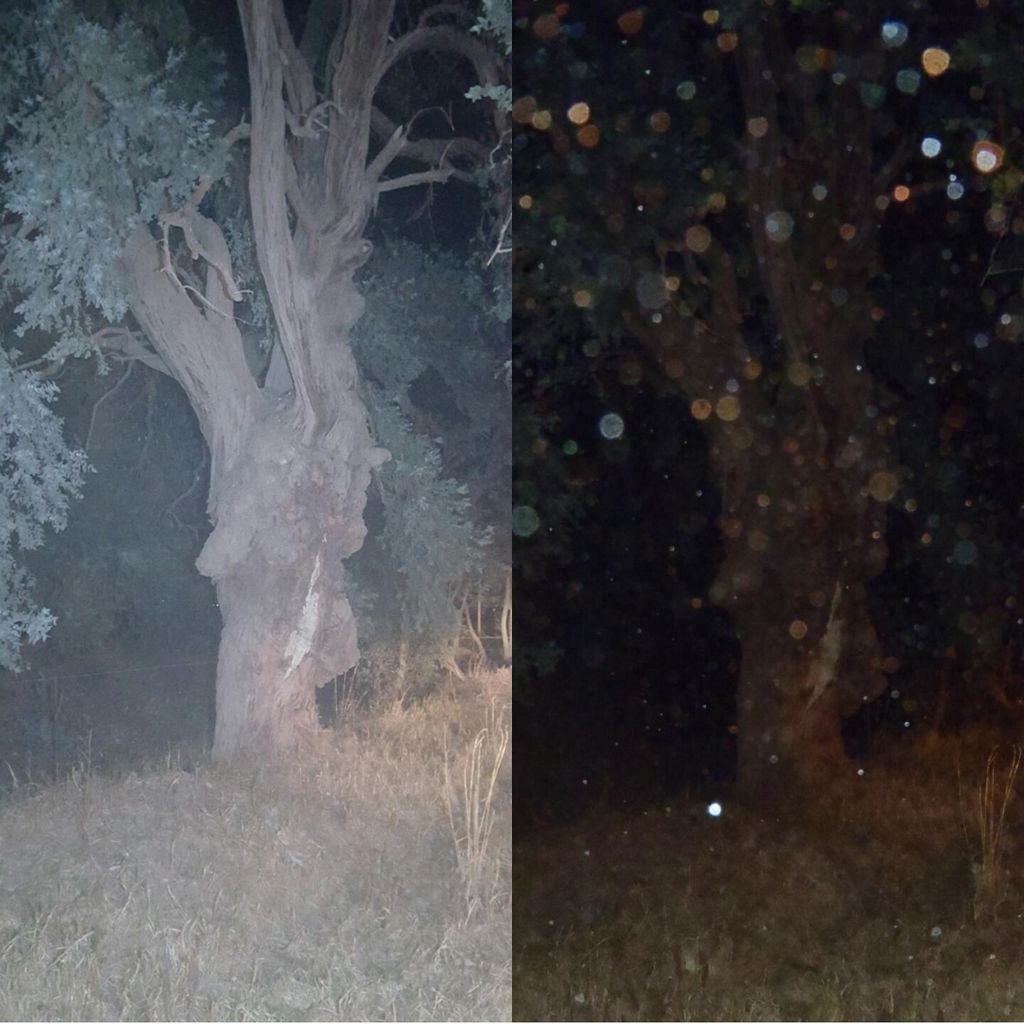